Audi have officialy unveiled the greatly anticipated 2018 Audi A7 Sportback, a reveal that has lived up to its anticipation.

With new design language taken from the most recent A8, the A7 Sportback is looking sleeker and more modern than ever before. The interior design has benefited from a refresh too, including an all-new dashboard. Futuristic technology is also on offer, with semi-autonomous features sure to impress. If that was not enough, Audi have made bold move to have a hybrid system throughout the engine range. 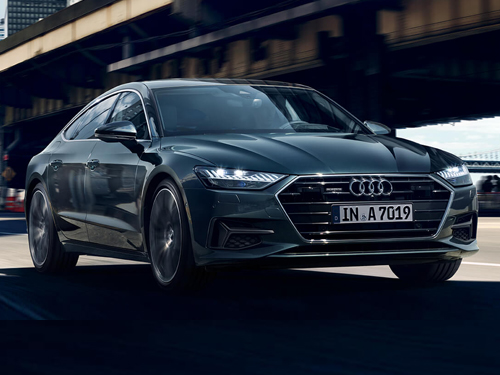 At the front there has been subtle tweaks, borrowing styling cues from the larger A8, making for an elegant look. Tweaks include narrow headlights with a striking modern design. Further changes have been made to the grille, increase the width and how low it reaches, resulting in a bold and imposing look. 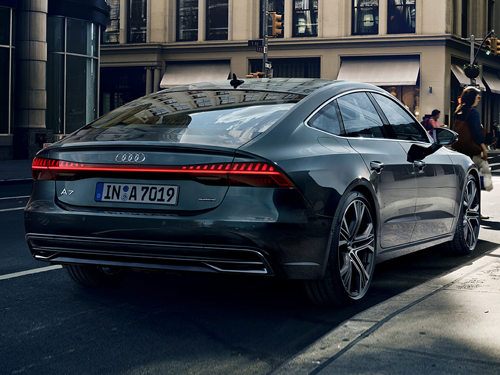 At the rear of the car the most revolutionary changes have been made. The most eye-catching change here is the rear LED tail-light which now spans the full-width of the body. This is a courageous look from Audi, which when combined with their new LED system ,conveys style and fashion in a way unseen before. 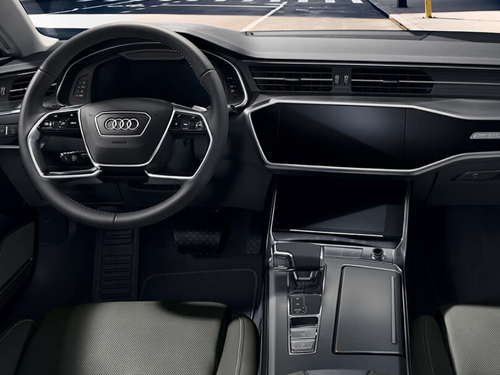 Inside the 2018 A7 Sportback is a familar luxurious interior, however the most impressive part of being behind the wheel is the technology on board. Many of the same sem-autonomous driving technology has been incorporated here. This includes adapative driving assistant, which aids drivers to stay in lane. Several other assists feature including cruise control, emergency braking, fuel efficiency assistant and several more. 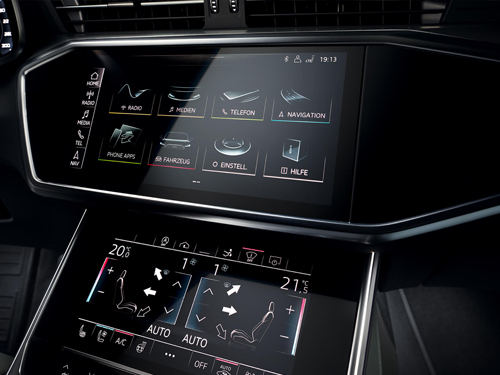 Most apparent changes however include the most advanced MMI Touch Response Infotainment system Audi have produced. This great looking unity hosts two screens that control car functions. The larger upper display is used for general infotainment whilst the touch display below focuses on climate control features. These features are sure to make journies convinent and comfortable.

The Audi A7 Sportback 2018 is set to arrive early next year with one engine choice initially - a 3.0 litre V6 TFSI petrol.  All engines options will benefit from the use of a 48v hybrid system. This technology is expected to be good for fuel consumption, improving it by around 10 per cent.

If you are in the market for an Audi, and can’t wait for the new A7 Sportback - why not take a look at our Audi lease deals.