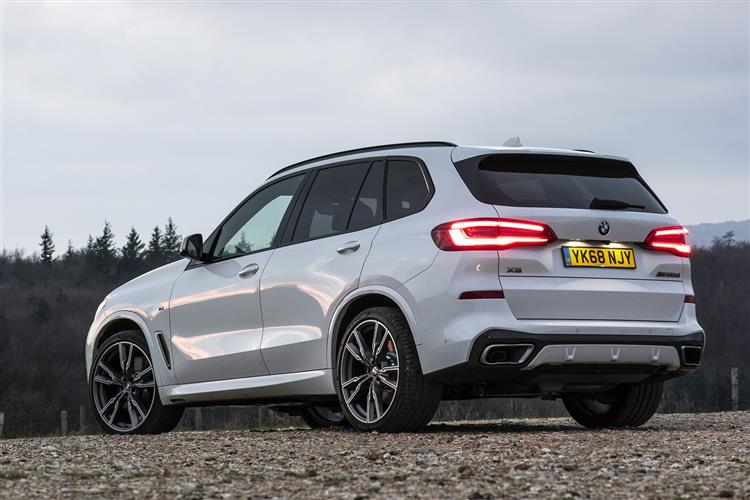 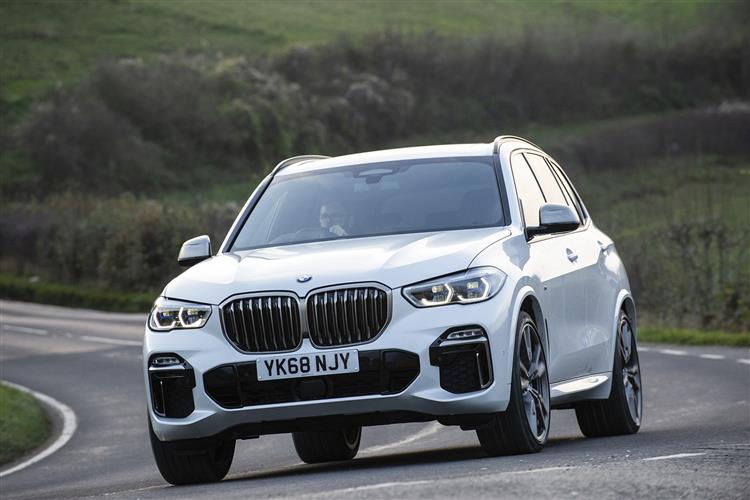 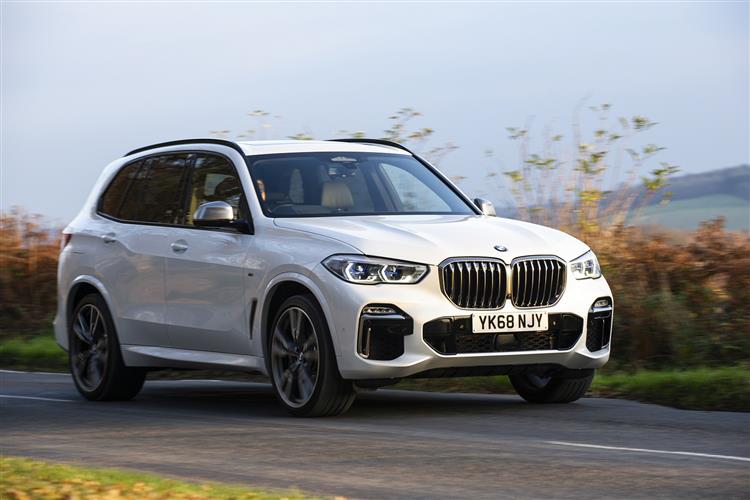 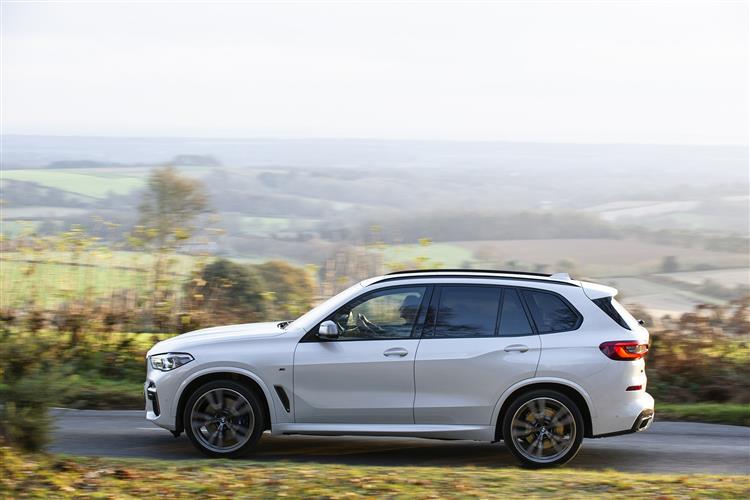 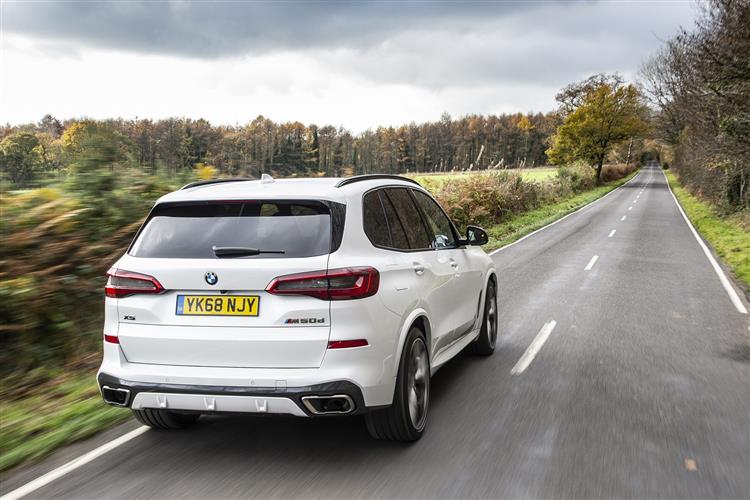 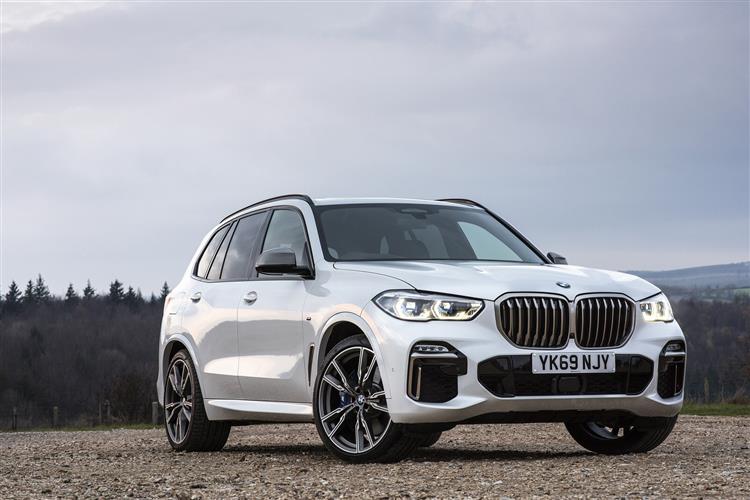 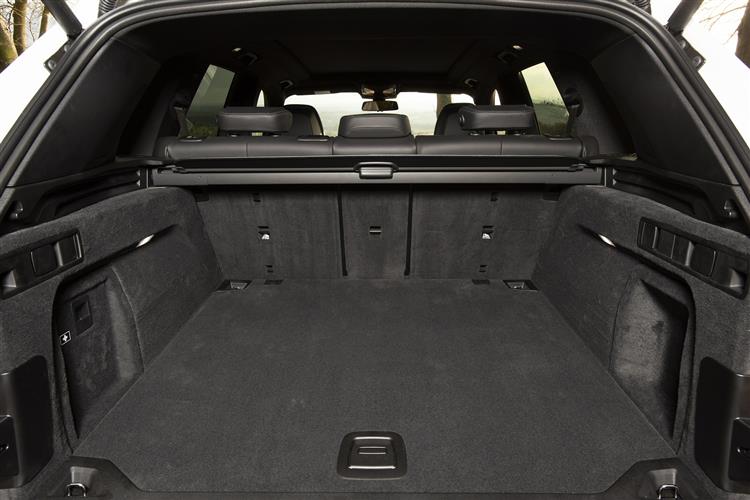 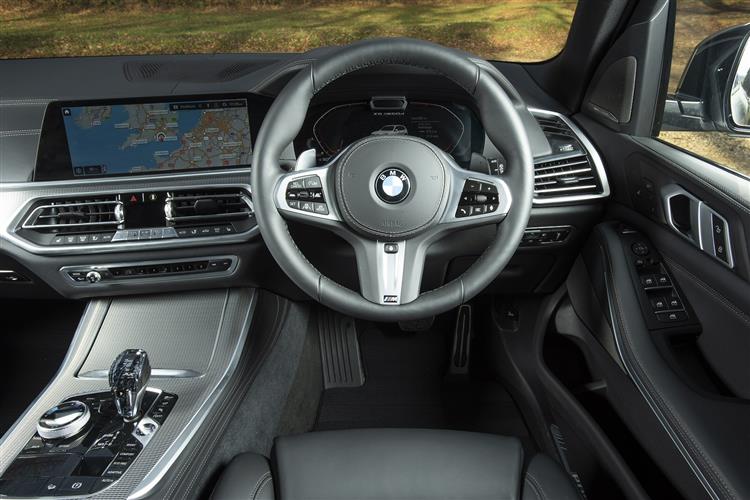 BMW's X5 was the original 'Sports Activity Vehicle'. And in fourth generation guise, it's more sophisticated than ever before. Jonathan Crouch reports.

The BMW X5. It was the car that, back at the turn of the century, completely changed the way we thought about large, plush 4x4s, the car that, more than any other, defined the modern luxury SUV and the one that since the turn of the century, almost every other prestige brand has sought to copy. Nevertheless, 2.2 million X5s have been sold since this model line first appeared back in 1999. BMW doesn't actually like the term 'SUV' with its clunky connotations and has always marketed this car as an 'SAV' or 'Sports Activity Vehicle', though the tag has never really caught on. As you'd expect, this fourth generation version moves the game on a little further again, offering what, on paper at least, BMW claims to be the best combination of performance and efficiency in its class. But the competition's tougher than ever before, with rivals claiming better driving dynamics, extra practicality and greater luxury. With all that in mind, is this still the most complete car in its segment? Let's find out.

This time round, X5 buyers get to choose from one petrol engine and two diesels. The mainstream xDrive40i petrol and xDrive30d diesel variants use a six-cylinder inline unit, while the X5 M50d is powered by a more potent six-cylinder in-line diesel engine with a quartet of turbochargers. All engines channel their power through an eight-speed Steptronic transmission, while BMW xDrive intelligent all-wheel drive is now standard across the range, the system now able to split drive torque between the front and rear wheels with even greater precision and speed on demand. The xDrive40i puts out 340hp and 450Nm of torque via a 3.0-litre twin-scroll turbocharger and completes the zero to 62mph sprint in just 5.5 seconds. The xDrive30d diesel uses another 3.0-litre unit, but it features a single turbocharger with a maximum output of 265hp while offering 620Nm of torque and a 62mph sprint time of 6.5 seconds. Go for the M50d and you get 400hp, 760Nm of torque and 62mph from rest in 5.2 seconds. A two-axle air suspension system is standard, as is a 'Dynamic Damper Control' set-up to tailor ride quality, this accessible through the usual Driving Experience Control driving modes system. If you want to go further, the 'Adaptive M suspension Professional' package delivers two key enhancements. First, there's 'Active roll stabilisation - which compensates for cornering roll. And second there's 'Integral Active Steering' - which turns the rear wheels in either the same direction as the front wheels or the opposite direction, depending on the vehicle speed. This optimises cornering agility, ensures effortless lane changes and helps the vehicle to dart through city traffic. The few customers likely to venture 'off piste' can also specify an Off-Road package.

This fourth generation X5 may appear fairly similar to its predecessor but if you take a second look, much is different. It's 36mm longer, 66mm wider and 19mm higher, so it's a slightly more imposing thing this time round, with pared-back design language, clean surfacing and precise lines. The way that the roof rails, side window surrounds and other trim elements are finished in high-gloss black delivers an appropriately premium look. And inside? Well as buyers of luxury models now expect, there's a fully-digital instrument cluster, which shares the same graphics and design as the centre-dash iDrive Control Display. The transmission selector lever and the ventilation controls for the new 4-zone climate control system have been re-designed. Plus buyers can specify a panoramic glass roof that's 30% larger than and can be embellished with a 'Panorama glass roof Sky Lounge' option which provides LED light spread evenly across the glass surface to illuminate more than 15,000 graphic patterns and generate a display reminiscent of a starlit sky. There's a two-section tailgate that can be power-operated and as before, there's a large boot - now with 645-litres of space, extendable to 1,860-litres if you fold down the 40:20:40 split rear bench. A third row of seats is optional for larger families.

Prices start at around £57,500 for the base diesel xDrive30d 'xLine', rising to around £59,000 for the petrol xDrive40i 'xLine' and around £71,500 for the 400hp diesel M50d. The three key trim levels are 'xLine', 'M Sport' and 'M Sport Performance', all with unique exterior trimming treatment. The 'xLine' variants get 19-inch wheels, the 'M Sport' specification includes 20-inch rims and 22-inch 'V-spoke' alloys mark out the top 'M Performance' model. Inside, across the range you get standard 'Vernasca' leather upholstery, available in four colours and electrically adjustable and heated sports seats. Options include an 'Ambient Air' package which provides air ionisation and infuses the interior with eight individually selectable scents. The Bowers & Wilkins Diamond Surround Sound System with 20 speakers and a 1,500-watt output will be tempting too, as will the optional Rear-seat entertainment Professional system which comprises a pair of 10.2-inch full-HD touchscreen displays, a Blu-ray-compatible DVD player and two headphone jacks. You can also specify thermo-cup holders for the centre console which allow drinks to be kept cool or warm. As you'd expect, there's all the latest camera-driven safety kit. And, to suit the mood of the moment, BMW has included its latest automated driving tech too - though to get it, you'll have to specify the optional 'Driving Assistant Professional package'. This gives you 'Active Cruise Control', a 'Steering and lane control assistant' and 'Traffic jam assist'.

All model variants now comply with the requirements of the latest EU6d-TEMP emissions standard. The system of emission control for the petrol engines includes a gasoline particulate filter, while the diesel models boast BMW BluePerformance technology comprising a particulate filter, an oxidation catalyst, a NOx adsorption catalyst and an SCR catalyst with AdBlue injection. As a result, the petrol xDrive40i delivers 33.2mpg on the combined cycle and CO2 emissions are 193g/km. The xDrive30d diesel returns a combined fuel consumption of 47.1mpg, equating to CO2 emissions of 158g/km. The M50d meanwhile, posts a combined fuel consumption of 41.5mpg and CO2 emissions of 179g/km. What else might you need to know? Well, routine maintenance is dictated by 'Condition Based Servicing' that monitors oil level and engine wear, taking into account how long it's been and how far the car has travelled since its previous garage visit. You can check all of this using menus in the 'iDrive' centre-dash display and the car will give you four weeks' notice of when a check-up is needed so you have plenty of time to book it. To help plan ahead for the cost of regular work, at point of purchase you'll be offered a 'BMW Service Inclusive' package that lasts for three years and 36,000 miles.

What we have here is a more mature X5, this fourth generation model having evolved into a larger, more comfortable and more efficient proposition. It will probably never reclaim the dominant market share its MK1 predecessor originally enjoyed, but BMW once again has the hardware to remind its closer German rivals just who really developed the luxury SUV sector in the first place. True, this might not be as handsome a design as it used to be, but it's still imposing and classy. Safer too and more relevant, not only in terms of its lower running costs but also its hi-tech infotainment ConnectedDrive cleverness. And all of this on top of a range of virtues that more than ever, offer as much motoring flexibility as you could ever need. We are, after all, looking here at a car with economy pretty close to that of an ordinary family estate, yet one that potentially can keep up with a hot hatch, scale the lower slopes of Ben Nevis and take up to seven folk to the theatre when all is done. It is, by any measure, a very complete vehicle - and now perhaps the most accomplished all-round choice in a very talented segment when all is said and done. A benchmark then. Just as X5s have always been.