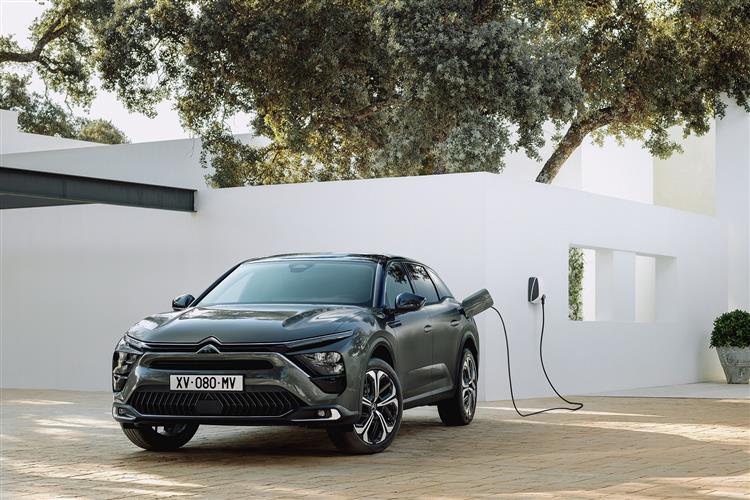 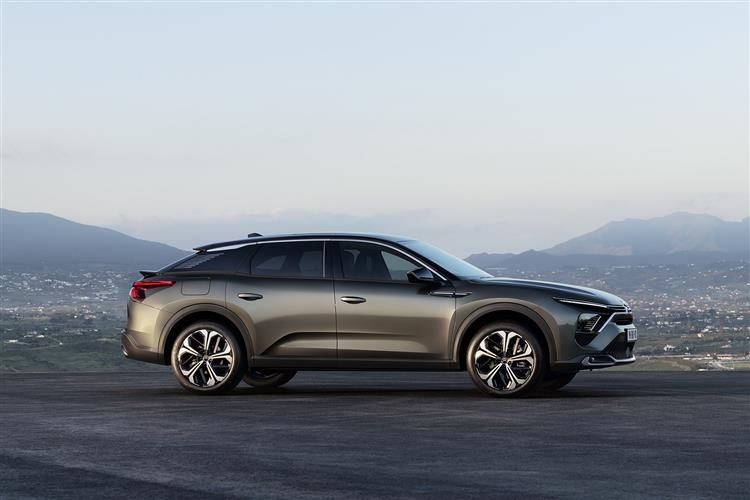 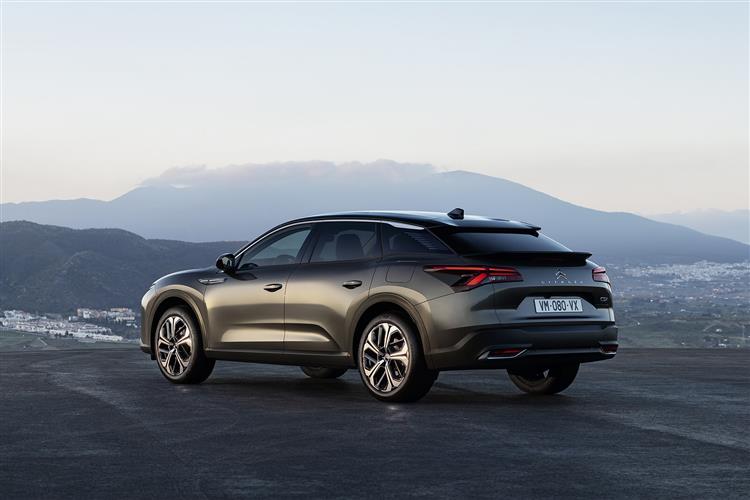 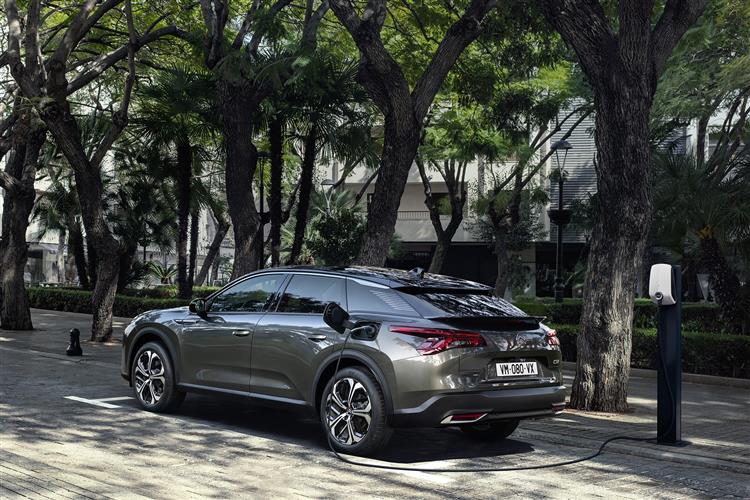 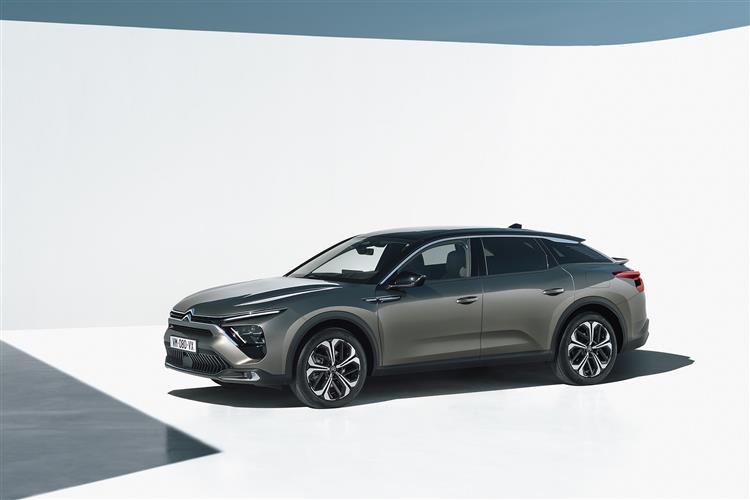 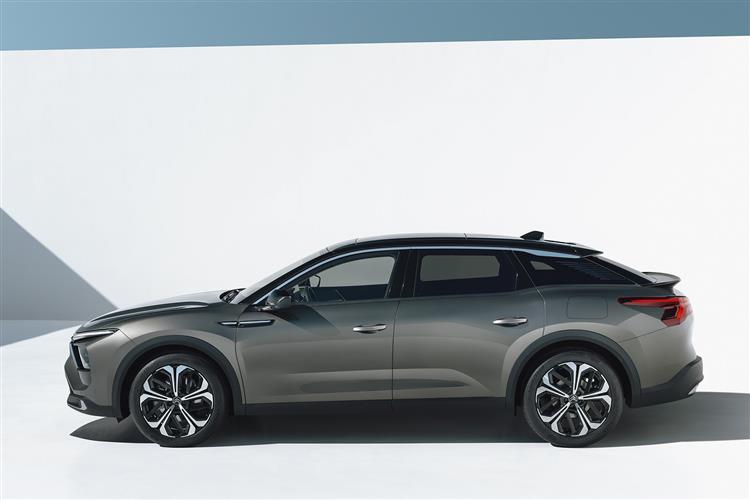 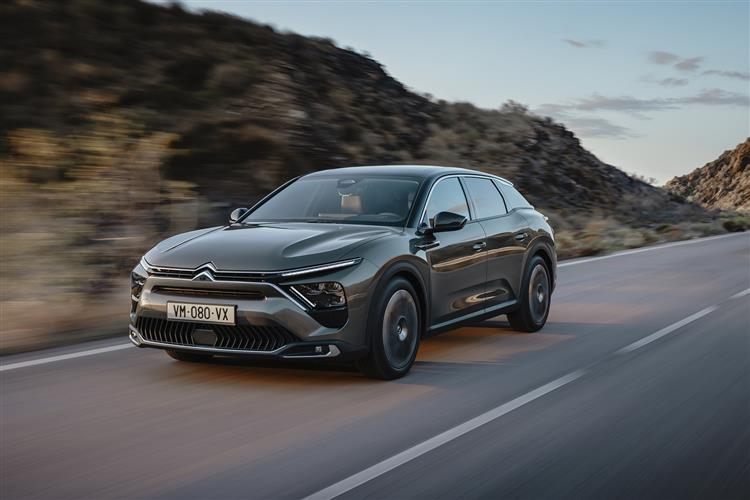 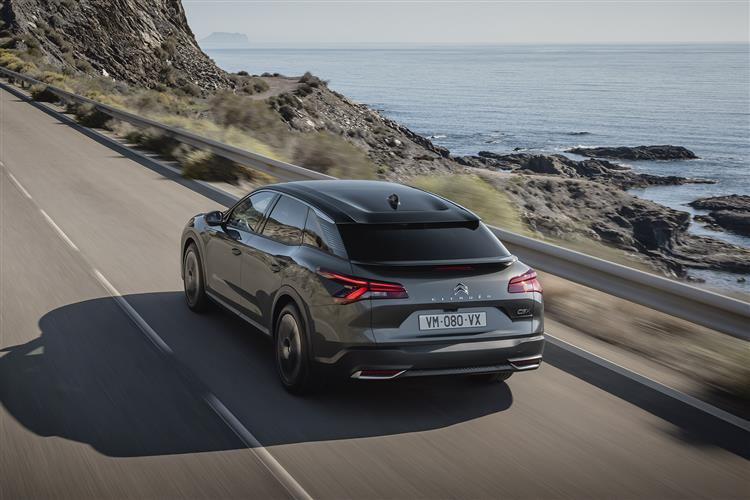 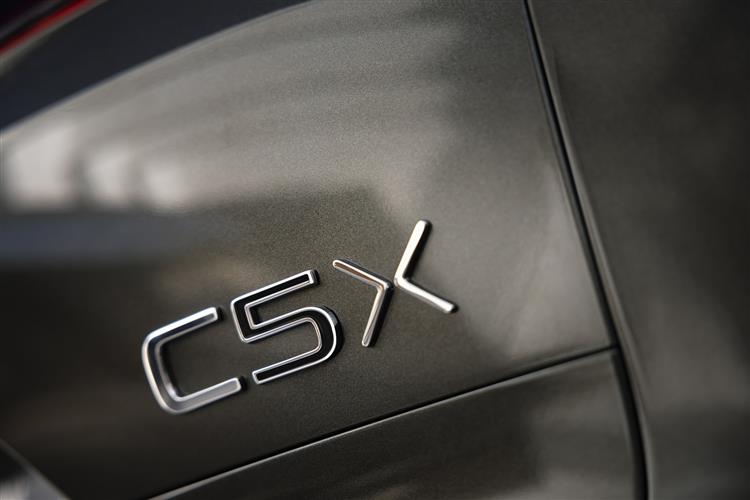 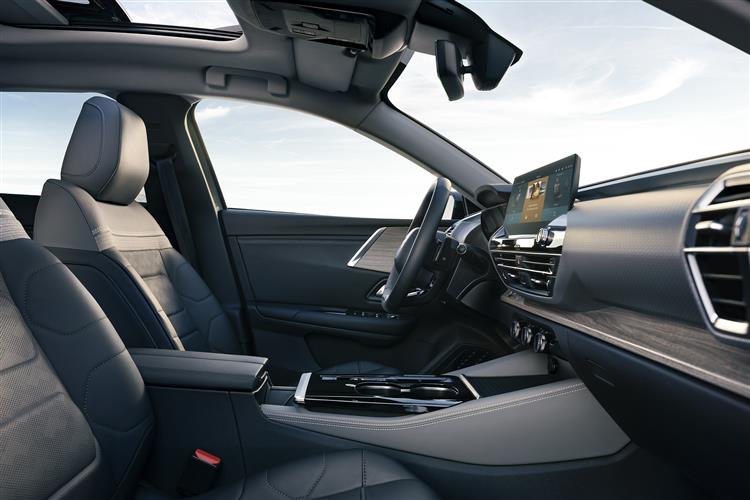 Citroen returns to its quirky roots in the luxury segment with the unusual C5 X. Jonathan Crouch takes a look.

It's been a long time since we've had a credible large Citroen. Come to think of it, it's been a long time since we've been offered any kind of large Citroen at all, the last one being the quirky XM, the successor to the CX models of the '70s and '80s. Yet here we are telling you about the C5 X, offered in a single body style delivering that unusual combination of SUV, estate and luxury saloon. Yes, the same kind of combination characterised by the notably unsuccessful BMW 3, 5 and 6 series Gran Turismo models. On a car sharing a badge with a Mondeo sector model deleted a few years back for slow sales. From a brand with no history of success against the German premium makers who dominate the luxury car segment. You've got to cheer for the underdog haven't you? And we rather like this one, a car with an 'X' suffix referencing its market position positioning 'at the crossroads of customers' needs', according to Citroen.

Designer Pierre Leclerq says that the C5 X 'is a car you want to drive but also one you want to be driven in as well'. This C5 X wants to replicate the 'magic carpet' driving feel of classic large Citroens of the past like the DS and the CX. And to that end mates the Hydraulic Cushion suspension setup of the C5 Aircross SUV with the Active suspension system we first saw on the DS 7 Crossback, which uses a camera to anticipate bumps, preconditioning the springs to soften them. There are three variable ride settings, from sporty to extreme comfort. Engine-wise, its familiar Peugeot/Citroen fare, all the powerplants matched to the 88 automatic transmission. There's an entry-level 130hp 1.2-litre three cylinder petrol turbo unit and a 1.6 litre pure tech 225 petrol unit. Alternatively, you can opt for the flagship hybrid 225 derivative which combines a 180hp 1.6-litre four-cylinder petrol engine with an electric motor powered by a 13.2kWh battery and can travel up to 31 miles on battery power. Double glazed windows promise superb refinement whichever of the engines you choose. This hybrid C5 X can offer full electric motoring at speeds of up to 84mph.

Well it looks a bit different doesn't it? Depending on your perspective and what angle you view it from, this is either a Crossover, a big estate or a luxury large hatch. The looks and the interior are inspired by the CXexperience concept car of 2016, but all the engineering underneath is based on the usual Stellantis Group EMP2 chassis underpinnings. So, a Peugeot 508 in a more unusual set of clothes? Well you won't think so once you take a seat inside because it feels very different, thanks to Citroen's 'Advanced Comfort' design ethos which includes thick lounge-type front chairs you can really sink into. The cabin tech though, is largely a re-packaged version of what we've seen before in other large Peugeots and DS models. So a digital instrument cluster, a colour head-up display and a 12-inch centre touchscreen with voice control and over-the-air updates. Perhaps the biggest difference here is the space you get further back, thanks to the lengthy 2,785mm wheelbase. There's an enormous amount of rear seat space, with the airy feel enhanced by big panoramic roof and large windows. And you get a capacious 545-litre boot, extendable to 1,640-litres with the seats folded.

Expect pricing starting from just under £30,000 (or from around £35,000 for the PHEV hybrid) and there's the one single body shape on offer. Across the range, you get a lot of equipment included - Citroen's most advanced infotainment interface yet for instance, which has a particular focus on connectivity. Featuring a 12-inch high-definition touch screen, four USB sockets and wireless smartphone charging, it can also be updated in real time via the Cloud and can Mirror Screen smartphone displays without the need to plug them in. The design of its interface has been heavily influenced by the latest tablet technology, which means the settings, display preferences and widgets on the home screen can all be quickly and easily customised. This system also has a natural, efficient and easy-to-use voice recognition system, a digital personal assistant that understands what is said to it, answers questions and carries out commands. The C5 X is also at the cutting edge of technology in the field of driving assistance systems, thanks to its use of various advanced devices installed all around the vehicle, including radar and numerous cameras and sensors. With its 'Highway Driver Assist' system, this Citroen offers advanced semi-autonomous level 2 driving. By combining 'Adaptive Cruise Control with Stop & Go' and 'Lane Keeping Assist', the driver no longer needs to manage speed or trajectory as the vehicle takes care of all these functions. Other features that make driving easier and stress-free include long range 'Blind Spot Detection' and 'Rear Cross Traffic Alert', which detects a danger when reversing.

Citroen usually specialises in extremely efficient running cost returns and this C5 X is no different in that regard. Expect the 1.6 PureTech 180 petrol unit with its EAT8 auto transmission to be able to return around 45mpg on the combined cycle and around 140g/km of CO2. For the perkier 225hp version of this engine, it's around 42mpg and around 160g/km. For really frugal running cost returns though, you'll need the clever hybrid plug-in variant, which returns up to 235mpg on the combined cycle. This uses a 13.2kWh battery which can be fully charged in under two hours using a standard 7kW Wallbox. Once that's done, an all-electric WLTP-rated driving range of around 31 miles is possible. Even better news is the CO2 reading applied to this model, around 30g/km, which means that it should attract a Benefit-in-Kind rate for company car drivers of no more than around 10%. Whatever your choice of C5 X, you'll properly want to keep garage costs in check by opting for the affordable 3 year servicing plan that is available at point of purchase. Finally, there's the usual Citroen three year / 60,000 mile warranty.

There's certainly a spark of originality here, with elegance, comfort, efficiency and style translated into a car designed to suit a family executive looking for something just a little different. But all the true great large Citroens of the past were always marked out by the ground breaking innovations they introduced. Everything here though, we've seen before; the style concept from BMW, the engineering from Peugeot, the suspension system from DS. Combining all of that though, does create an undeniably pleasing Gallic confection and even if the exterior design concept is derivative, it's been delivered with the flair of a puff of Gallouise. A C5 X will be a rare sight on British roads, but we can't help liking it. Let almost everyone else in the sector sign on the dotted line for something dull and probably German and go and try one. Be different. Just as Citroen is now once more trying to be.