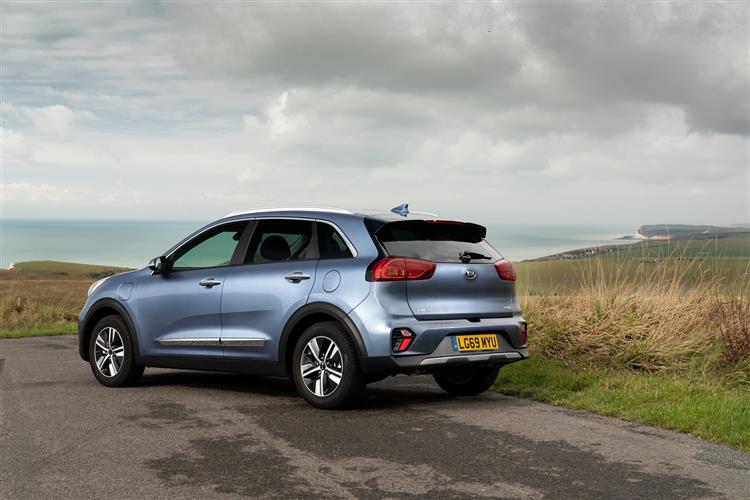 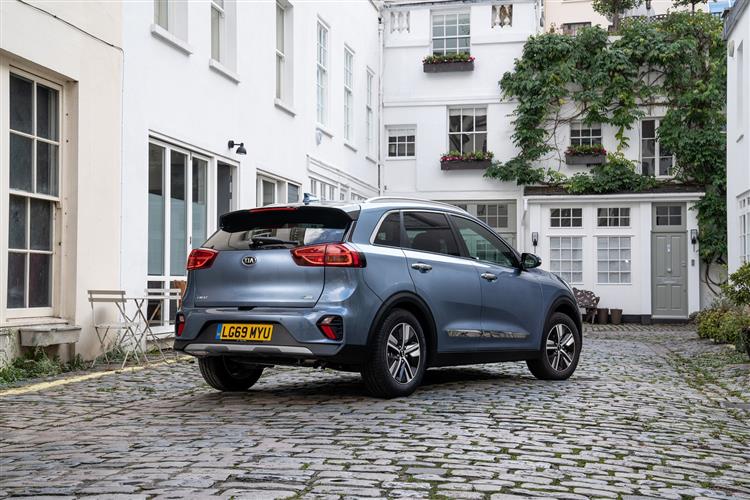 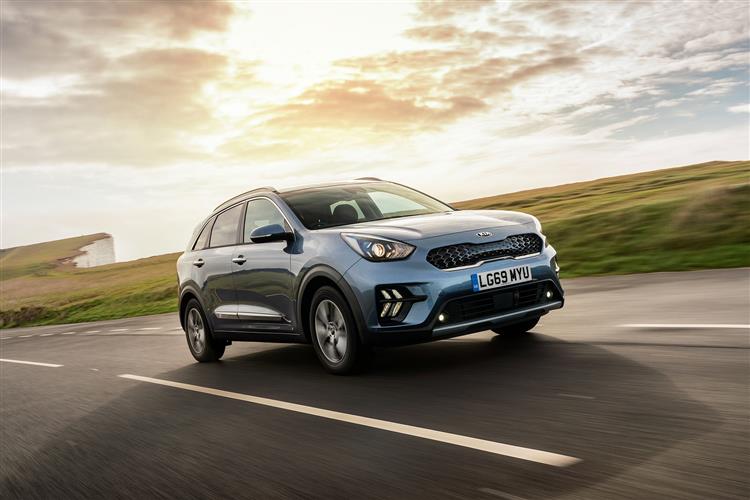 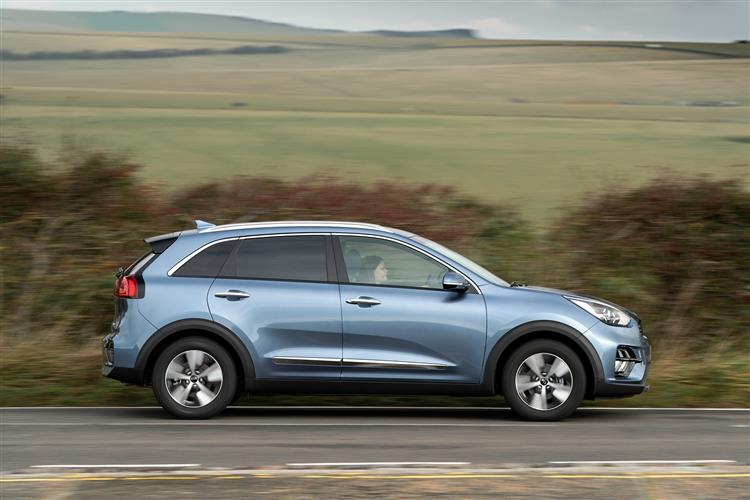 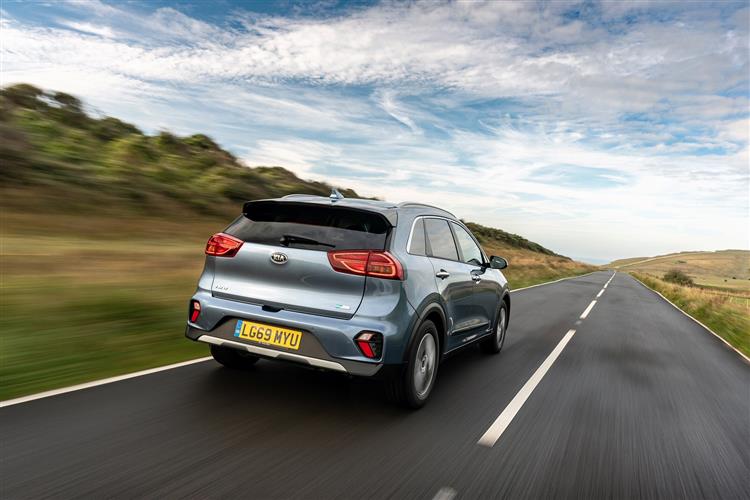 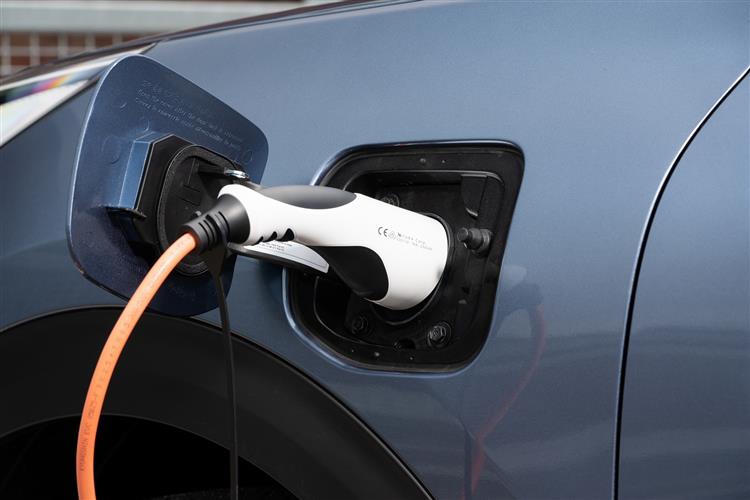 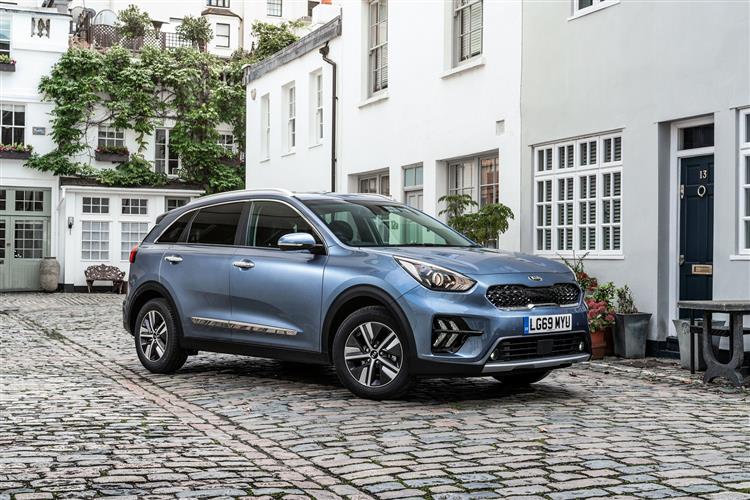 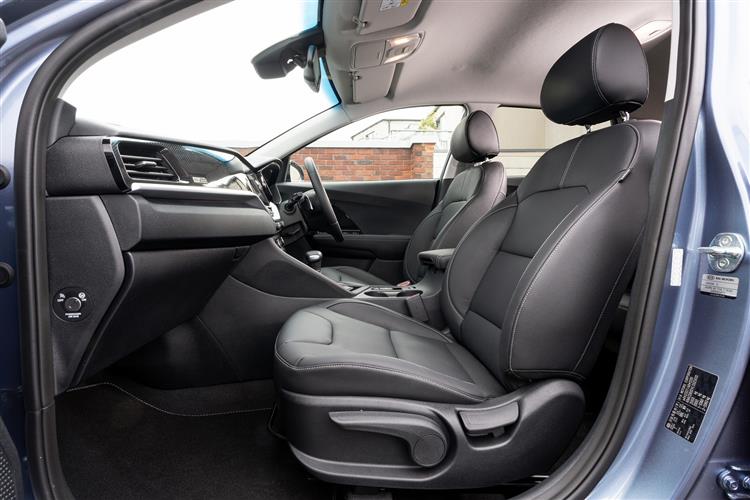 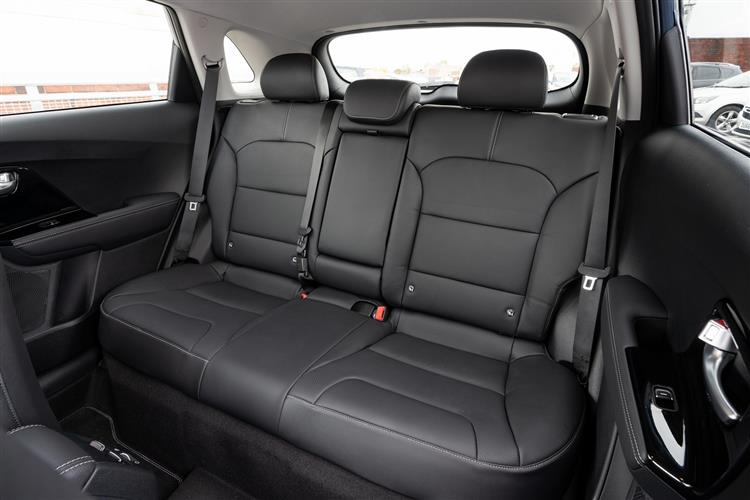 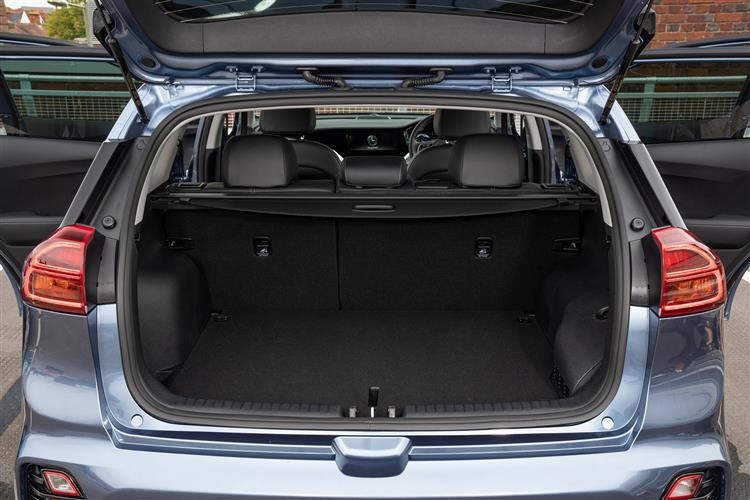 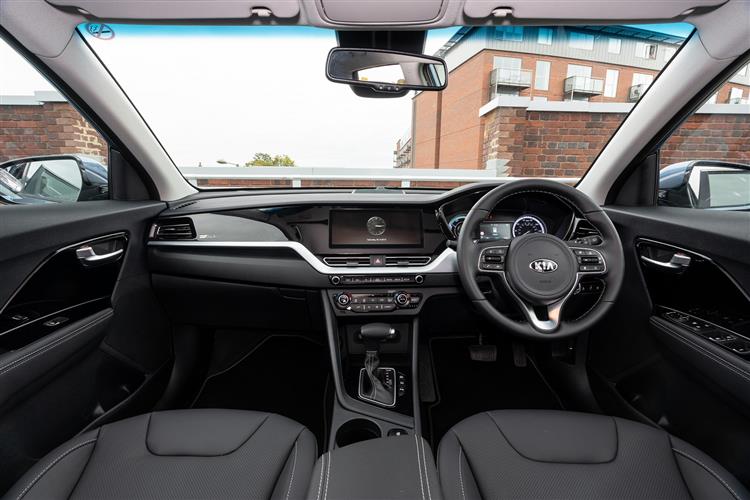 Kia reckoned that this first generation Niro Hybrid model offered the best of both worlds, combining fashionable 'Crossover' looks with exemplary hybrid efficiency. It was basically Kia's version of the Hyundai IONIQ family hatch and after launch, like that car, went on to be available in PHEV and full-electric forms. It's the full-Hybrid version though, that we look at here.

Once upon a time, Kia was a value-orientated budget brand. Then it started making high quality cars and promised that one day, those models would feature cutting-edge technology too. That day arrived in 2016 with this car, the Niro Hybrid. It was a cleverly-orientated product, tapping in as it did to the two growth segments in the automotive market - those for small 'Juke'-style Crossover models and 'Prius'-style affordable hybrids. Here, you get elements of both, rolled up into one sensibly-priced, attractively-styled package. That's the idea anyway. In this country, the Niro was marketed as the brand's first ever dedicated hybrid model, but actually, the company was no stranger to automotive electrification. At the time of this Niro Hybrid model's launch, Hybrid versions of the marque's larger Optima had been on sale in the USA since 2011 - and a Plug-in version of that car was being made available in the UK. Plus Kia had also been marketing a completely battery-powered version of its even smaller Soul Crossover model since 2014. The Niro though, saw the Korean maker's futuristic engineering showcased to a much wider audience and was key in allowing Kia to meet its target of reducing CO2 emissions across its model line-up by 25% by the year 2020. This car was certainly cleverly developed. Instead the old-fashioned nickel metal hydride batteries and belt-driven CVT auto gearbox you get in, say, a more expensive Toyota Prius from this period, here there was proper modern lithium-ion battery technology and a smoother, more sophisticated dual-clutch auto transmission to work with the hybrid system. Plus buyers got good looks, decent interior space and up-to-the-minute media connectivity in a car neatly positioned in size between Kia's two biggest sellers, the Ceed family hatch and the Sportage family Crossover. A PHEV plug-in model joined the range in 2017 and the full-electric Kia e-Niro was launched in 2019. The Niro Hybrid sold in this form until Spring 2021, when it was replaced by a second generation model.

We're not sure if Kia's designers in Korea and California deliberately set out to blur the boundaries with this design between Focus-style family hatch and 'Juke'-style small Crossover. That's certainly the kind of look we ended up with here. You might not immediately pigeon-hole this Niro as any kind of Crossover, but Kia is keen that you should look a little closer and pick out the detail features that would usually identify more lifestyle-orientated models of the Juke-genre. You notice quite a few of these from a rear perspective - things like the rear skid plate, the squared-off bumper and the high-set LED C-shaped tail light clusters. A neat roof spoiler adds a sporty touch and that bumper features a diffuser-style design that channels airflow beneath the car. Get behind the wheel and you'll appreciate the clean, uncluttered cabin and the smart, effective way that Kia goes about communicating to you this car's various functions. Ahead of you is an instrument cluster featuring an 'energy flow meter' dial where the rev counter would normally be and a central so-called 'supervision cluster' display that briefs you on driving data along with your fuel and battery charge usage. Anything this can't tell you will be found on the central dash infotainment screen which, as well as the usual audio, Navigational and Bluetooth 'phone features, has a 'Hybrid' menu that can diagrammatically show the hybrid system's operation in real time. Now let's move into the back, a part of this Niro that's sure to impress you. Forget the cramped quarters common to other compact Crossover models; in this one, three adults can sit reasonably comfortably, aided by the commendably low central transmission tunnel. A couple of six footers would fit in quite easily, even if they were placed behind two similarly lanky folk up-front. Because the hybrid system battery is positioned under this bench, there's no option for the cushion to slide back and forth, nor can you recline the backrest in the way you can on a Sportage. Still, you get a fold-down armrest with built-in dual cupholders and the seats themselves are well-shaped for longer trips Step round to the boot and you'll find that the large tailgate swings up easily, so you don't need to be a gym fanatic to lift it up. There's a lot more room here than you'd get from a Focus-sized family hatchback or a comparably-priced small diesel-powered Crossover - 427-litres to be exact.

What to Look For

We had quite a lot of trouble finding anyone with a bad word to say about this MK1 Niro Hybrid. So it's just the usual stuff. Give the electrical systems a thorough test and make sure the central screen has had all its necessary map updates. Check the alloys for scuffs. The interior for child damage. And insist on a fully stamped-up service history. For more, check out www.kianiroforum.com There was a recall for 2016 and 32017 year models because in a few cases, the main relay in the power relay assembly had inadequate connections between its contacts. This could cause a short circuit - or prevent the car from starting. There's been a report of some 2017-era models having oil leak onto the power electrode inside the hydraulic clutch actuator. This might result in a short circuit, leading to a possible fire.

The Niro's Hybrid system mates a 1.6-litre GDI petrol engine to a 44bhp electric motor, but is more sophisticated than the rival Toyota Prius set-up in a couple of key ways. First, instead of an old fashioned nickel metal hydride battery, the set-up uses more modern lithium-ion technology that'll hold its charge for longer, more regularly allowing this Kia to switch to all-electric progress in town traffic. Secondly, the whole package is mated to a proper dual-clutch automatic gearbox, rather than the usual slow-responding belt-driven CVT auto transmission that rival hybrid models like that Prius tend to be saddled with. As result, this Kia is smooth and effective tool in daily use, even if it isn't quite as efficient as the competing Prius. Still, likely owners will probably find the running costs more than satisfactory, 74.3mpg on the combined cycle and 88g/km of CO2 supposed to be possible (both NEDC figures), provided you stick with a variant running on the smaller 16-inch wheels. Inevitably of course, you're going to need to adopt a very relaxed driving style in order to realise figures like these, but this Kia's whole demeanour encourages that anyway. As do assorted dials and gauges that include an 'energy flow meter' in the instrument binnacle and various diagrammatic graphics on the centre dash infotainment screen. If you really must push things along and use the full 139bhp output that engine and electric motor can together provide, you'll find that like most full-Hybrids, this one doesn't take particularly kindly to being hustled along, though body roll through the turns is reasonably well controlled thanks to suspension that has to be stiffer than might ordinarily be ideal in order to cope with the extra weight of the hybrid system. That means you'll feel the bumps a little more than you might expect to in this class of car, but in compensation, there's quite exemplary standards of refinement.