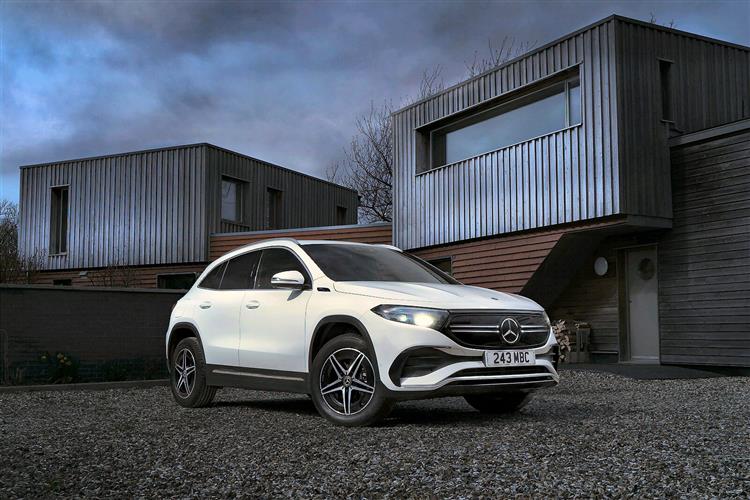 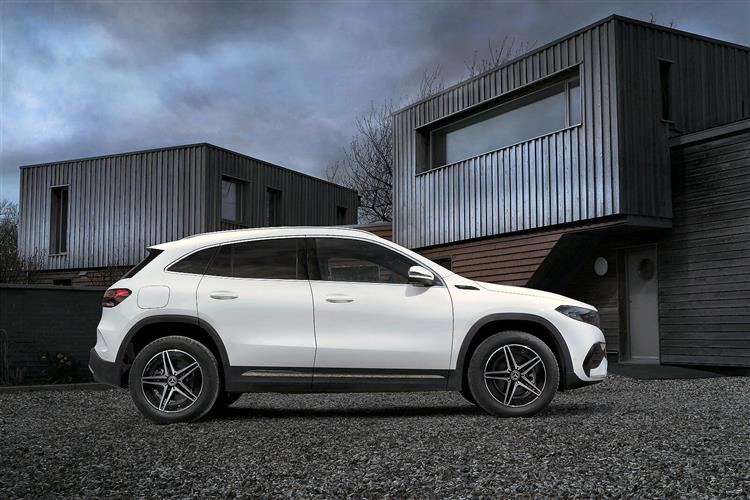 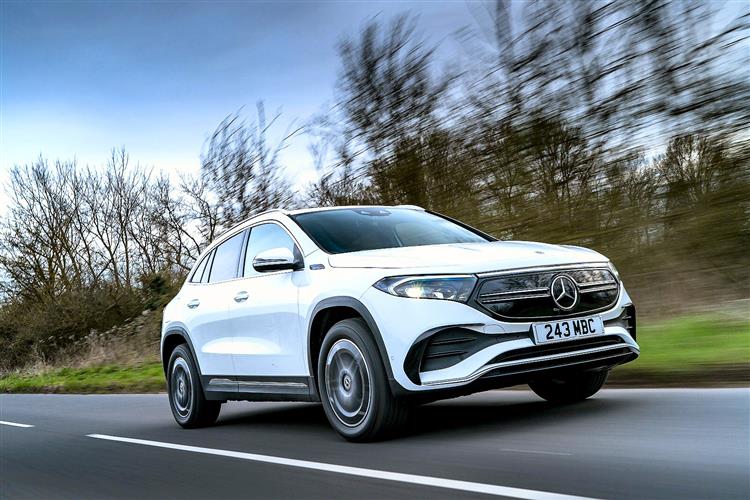 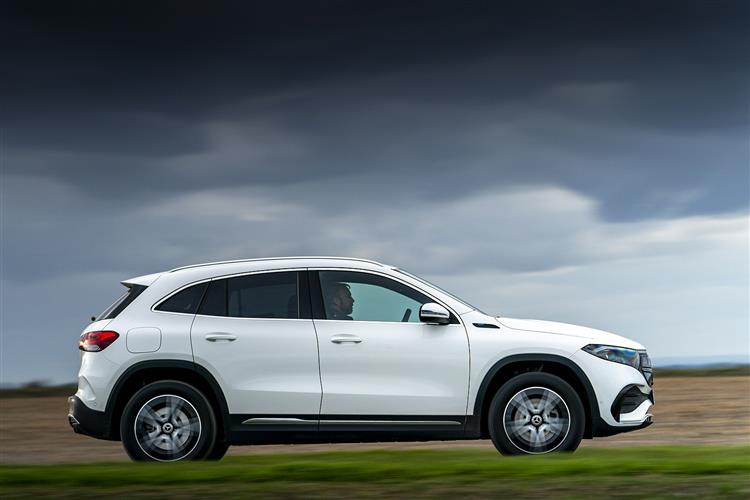 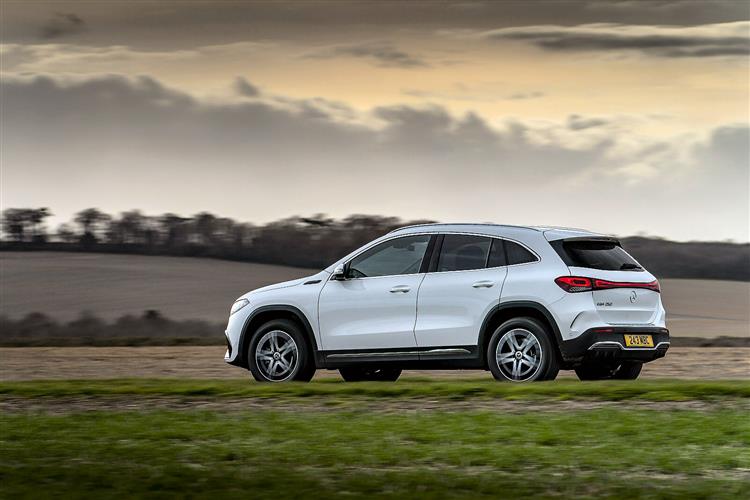 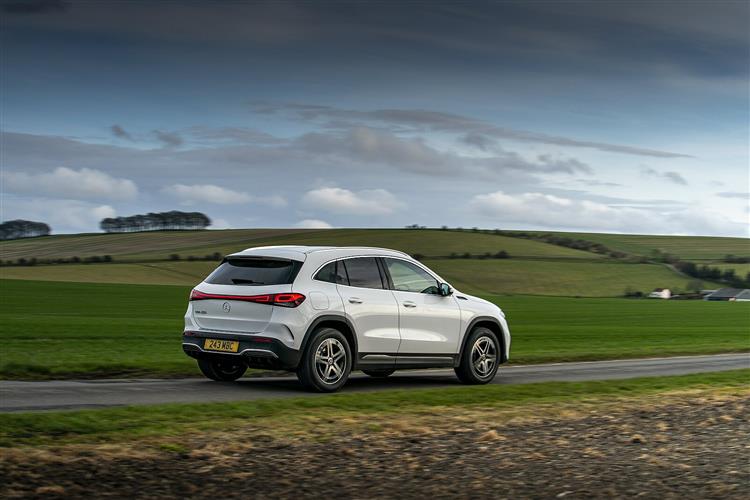 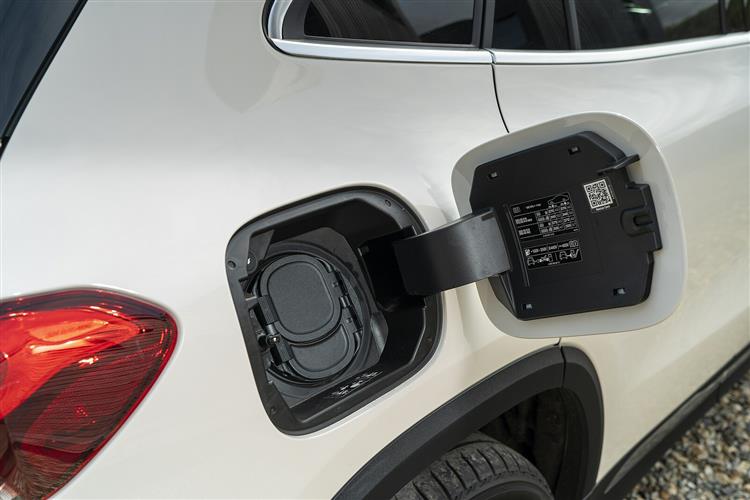 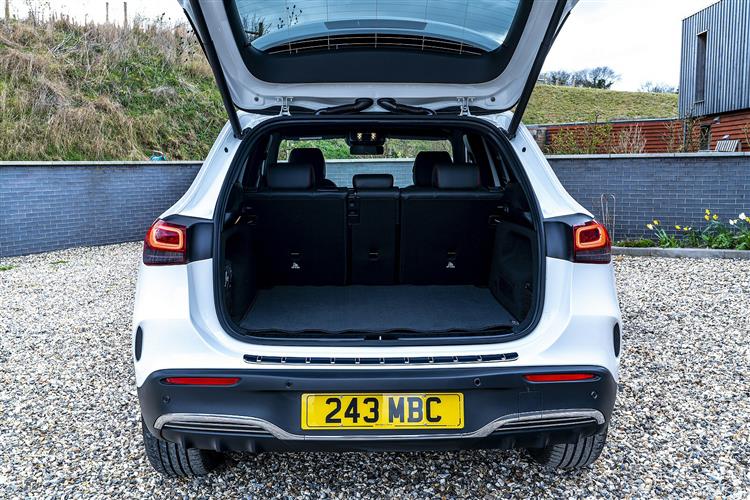 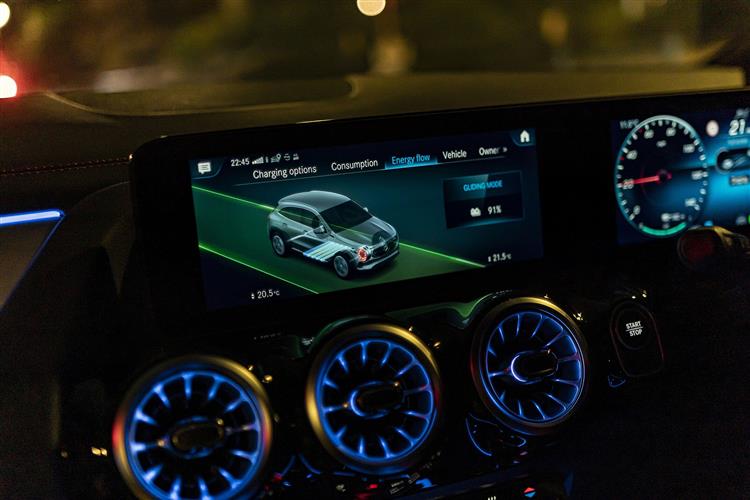 The EQA brings Mercedes EVs into the mainstream. Jonathan Crouch drives it.

Mercedes has long needed a relatively affordable all-electric family hatchback. BMW has its i3. Audi has the Q4 e-tron, Volkswagen has the ID.3 and ID.4. Plus there's the Ford Mustang Mach-E, the Skoda Enyak iV and the CUPRA el-Born. So Mercedes has pulled out all the stops to bring us this EQA. There wasn't time for the Stuttgart brand to construct a bespoke electric platform for this model of the kind that features on its competitors. So it must sit on the same MFA underpinnings as the compact GLA crossover it's based upon, a chassis not originally designed for full electrification. Quite a lot of work's had to go in then, to revise this platform to take the weight of this EQA's 66kWh drive battery. The pay-off though for Mercedes is that it means that this BEV can roll down the same German Rastatt production line as its GLA combustion engine counterparts. Let's take a look at what this car can offer.

Setting off in this Mercedes feels all very normal. There's the same kind of starter button and column-mounted auto gear lever that you'd find in any normal combustion engine model in the Stuttgart maker's range. Mainstream versions of the EQA are based around a single powertrain and battery package, dubbed the 'EQA 250'. Here, a 66.5kWh battery pack and a single asynchronous electric motor sit on the front axle and produce a combined output of 188bhp and 375Nm of torque. Drive is through the usual fixed-ratio auto gearbox common to full-battery models. Like all EVs, the EQA shoots away from rest like a scalded cat as all the torque is developed all at once. And, like all EVs, it runs out of puff a little once the 62mph mark is passed (in 8.9s), eventually topping out at just 99mph. If you want to go faster in an EQA, you'll need to talk to your dealer about the two 4MATIC models, the EQA 300 (with 228hp) and the EQA 350 (with 292hp), the latter capable of 0-62mph in around 6 seconds. Our focus here though, is on the volume EQA 250 derivative and the stat you'll be most interested in with that particular variant is driving range, rated at 265 miles from a single charge (the 4MATIC models deliver much the same figure). That's not particularly noteworthy; to give you some segment perspective, a rival Volkswagen ID.3 with a 77kWh battery manages up to 341 miles. Expect longer range EQAs in the future. To maximise the range you do have, you'll need to make proactive use of the various brake regenerative energy harvesting modes on offer. The most aggressive setting is 'D - -', in which you feel sharp retardation whenever you come off the throttle. That's useful in town, meaning you hardly ever need to use the brakes, except when coming to a complete stop. The least aggressive setting is 'D+', in which the car coasts without any perceptible off-throttle braking, maintaining momentum.

As is intentional, there's a clear visual connection between this EQA and its combustion-engined GLA conventional showroom stablemates. The two cars share the same steel bodyshell and bumpers, but the electric variant gets its own unique blanked-off front grille and some other lightly altered details. A horizontal fibre-optic strip connects the daytime running lights of the full-LED headlamps, ensuring a high level of recognisability both in daylight and at night. Exclusive to this model are light-alloy wheels in a bi- or tri-colour design, up to 20 inches in size, in some cases with rose gold-coloured or blue decorative trim. The interior's very recognisable from the GLA too, though there are EQA-themed instrument and infotainment graphics across the distinctive bonded twin screens that dominate the front of the cabin. The rear seat's a bit different though, mainly because the floor level's had to be raised to accommodate the battery pack that's been inserted beneath, there's also a transmission tunnel-like ridge running down the cabin centre. At least legroom isn't compromised over a normal GLA. Out back, the usual 481-litre boot you get in a combustion-engined GLA has been compromised in size a little here (to 340-litres), but the useful 40:20:40 split-folding rear seat of the conventional car has been retained.

OK: what'll you pay for the first all-electric battery-powered Mercedes-Benz? Because this car bears the Three Pointed Star, you won't be surprised to hear that its price starting point is way above the level (£35,000) at which the government is prepared to offer assistance towards EV purchase these days. All the models available in this line-up use the same 66.5kWh battery and nearly all sales are of the EQA 250 variant we tried, which uses a front-mounted 190hp electric motor and is priced from around £47,500 in entry-level 'Sport' form. From there, it's a £1,500 jump to 'AMG Line'-spec, with 'AMG Line Premium' and 'AMG Line Premium Plus'-spec variants demanding further £3,000 increments, the latter requiring £52,000 from you. That's pretty much the price starting point for the two more sophisticated EQA variants, the EQA 300 4MATIC and the EQA 350 4MATIC, which add an extra electric motor on the rear axle to increase traction - and power, the '300' variant offering 228hp and the '350' version boosting that to 292hp. Because these faster models can't be had with base 'Sport' trim, prices start from around £51,500 for the '300' and from around £53,000 for the '350'. If you like the idea of an EQA of some sort but need a bit of extra versatility, bear in mind that Mercedes also has its mechanically almost identical EQB SUV for relatively little more.

The elephant in the room here is driving range. The EQA 265 mile figure (which applies to both front and four-wheel driven models) really isn't that much more than you'd get from a Renault ZOE supermini EV from the next class down. And you're going to need to make pretty proactive use of the brake regenerative settings to achieve that. The EQA will at least support both 11kW AC and 100kW DC charging. The 100 kW DC on-board charger allows the car to charge from 10 to 80 per cent in 37 minutes, and from 10 to 100 per cent in around seven hours using an 11kW wall box. Navigation with Electric Intelligence - included as standard on both trim levels - calculates the route that will get the driver to their destination fastest, taking into account charging times, and taking the stress out of route planning. A three-year subscription to the Mercedes me Charge public charging service is also available as standard. With Mercedes me Charge, customers have access to what is currently the world's biggest charging network: this currently comprises more than 450,000 AC and DC charging points across 3 countries. Mercedes me Charge allows customers convenient use of the charging stations of various providers, even when travelling abroad. By registering just once, they can benefit from an integrated payment function with a simple billing process. Mercedes me Charge enables customers to charge at more than 175,000 public charging points throughout Europe; Mercedes-Benz ensures a subsequent offset with green power.

There's lots you might like about the EQA. It is, after all, a very Mercedes-style package, with a feeling of cabin elegance, sophistication and quality that many competitors struggle to match. And the compromises the battery system requires in terms of rear seat accommodation and boot space aren't too great. The brake regeneration system is excellent. The extensive 'Mercedes me' charging network and the easy way you can pay to use it is an obvious attraction. And residual values will probably be very competitive. If you can use all of these attributes to justify a car that costs slightly more than its most obvious rivals and goes a slightly lower distance than them between charges, then all well and good. If you can't, then lots of alternatives in this segment await your evaluation. Once you've tried them though, you might end up feeling that none have quite the class and appeal of an EQA. Such is the draw of the Three Pointed Star. We're a little disappointed that Mercedes chose to patch together an electric family car from the engineering of a combustion-powered one. But not everyone cares about design semantics of this sort and for the kind of people an EQA is aimed at, what's delivered here will probably be sufficient to satisfy. We always thought though, that the Mercedes mantra was 'The best or nothing'. Which means that in this case, the best is clearly yet to come.