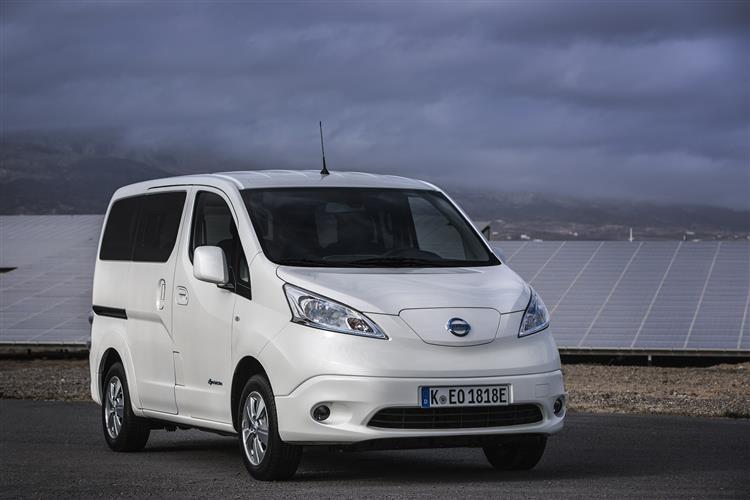 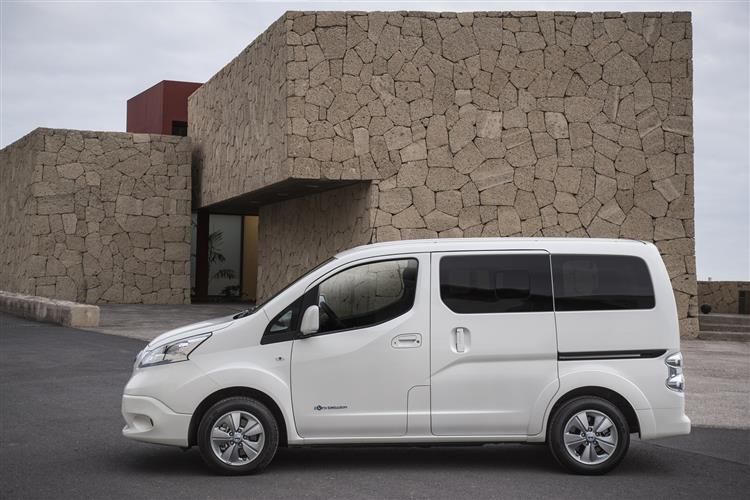 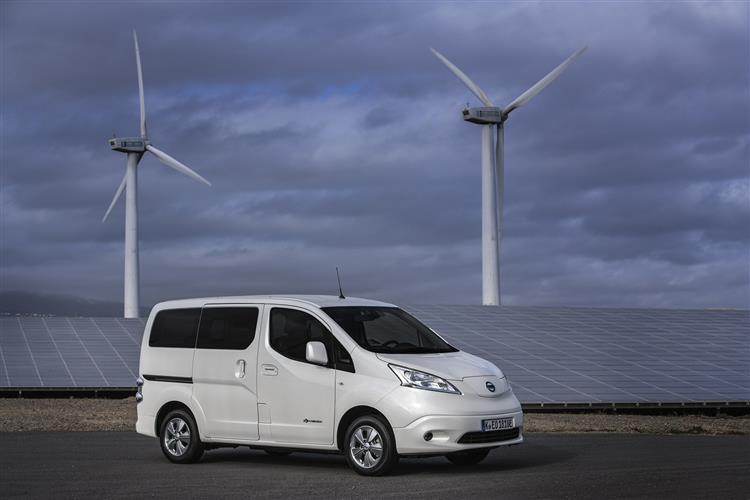 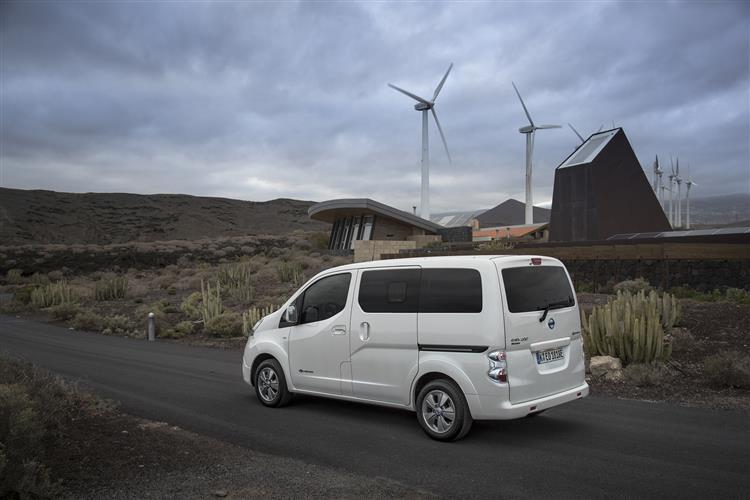 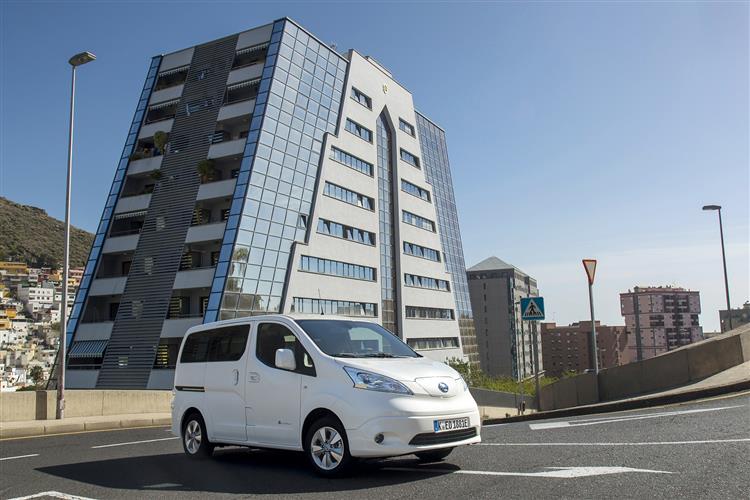 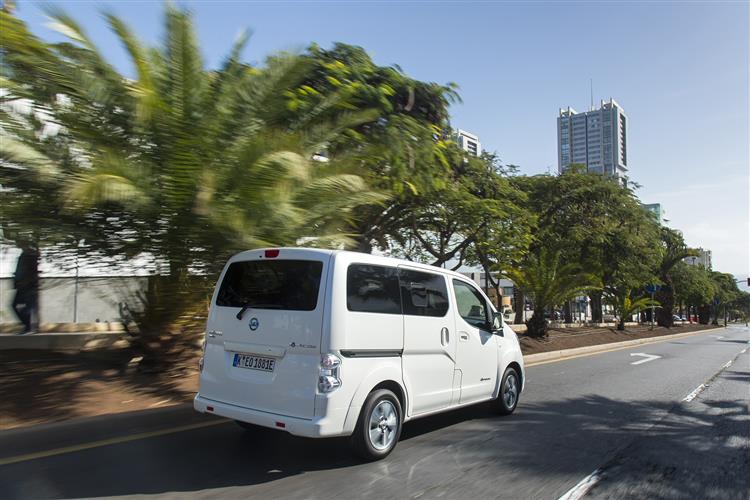 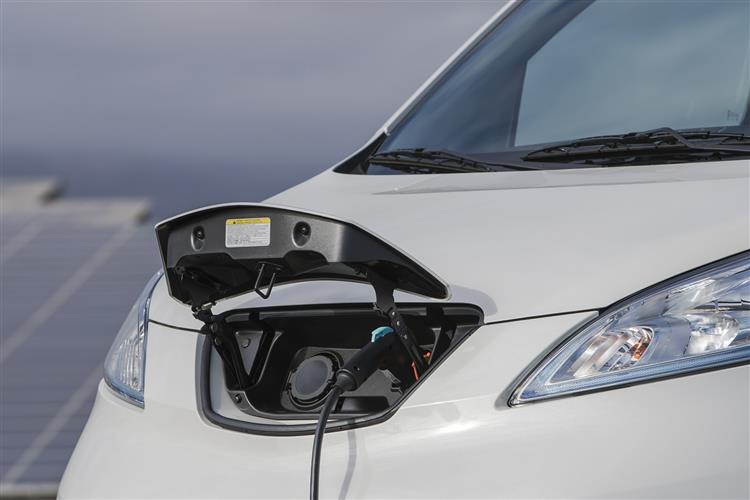 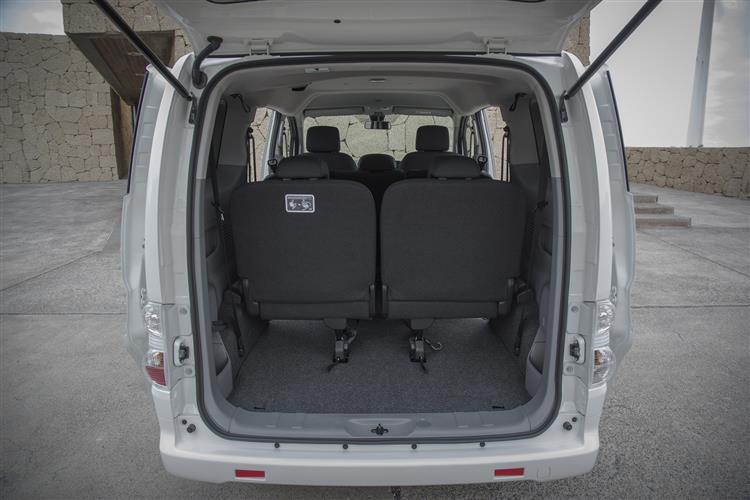 Some vehicle developments leave you scratching your head. Did we really need a bigger MINI? Why do coupes need four doors these days? What were the team that came up with the BMW X6 thinking? Then there are some new vehicles that make all the sense in the world. Put Nissan's e-NV200 Combi firmly in that category. The market for compact yet spacious family 7-seat MPVs has remained steady in the last few years and if you're going to be covering fairly low mileages in places where emissions are an issue, electric power makes all the right numbers. Given that Nissan's experience with the LEAF has armed it with a huge amount of experience in electric vehicle development, it's hardly surprising that potential buyers might approach this e-NV200 model with a degree of uncertainty. But if you want a People Carrier that lacks an internal combustion engine, don't worry. Nissan has got this.

The e-NV200 shares a base vehicle platform with the Nissan Micra, which should give you an idea of quite how compact this MPV is. The 1.5-litre diesel engine is ditched in this instance for an 80kW AC synchronous motor, which is fully integrated with the battery charger and inverter in one compact, self-contained unit. There's MacPherson strut front suspension and a torsion beam rear, and the Lithium-ion battery has been designed to fit under the cargo floor without impinging on available space. This battery pack is 40kWh in size and is packaged very efficiently. This battery assembly also helps boost the torsional and lateral stiffness of the vehicle by 20 percent and 35 per cent respectively over the old conventionally-engined NV200 and helps reduce the centre of gravity. This also aids ride and handling, while the instant torque delivery is perfect for stop and start city driving. It's quicker than the old diesel version of this model to 62mph too, eventually running out of amps at 75mph. The tall panel van shape of the NV200 gives rise to an upright seating position that will help drivers who are forever clambering in and out of their vehicle during the working day. The dash-mounted gear lever features a simplified look and feel - shifting like a conventional automatic rather than the computer-style joystick of LEAF - to help drivers regularly moving from internal combustion-engined vans into the e-NV200 acclimatise more quickly. The steering column adjusts for rake but not reach but it shouldn't be difficult to find a decent driving position. Good visibility and an ultra-tight turning circle also help urban drivers.

This electric model adopts the styling cues of the Nissan EV "face" that will be familiar to LEAF drivers, with a central charging door and blue-tinted LED headlights. Arrow-like positioning lamps sit within the crescent-shaped headlamps and glow a distinctive ice blue light colour. LED bulbs are used in the rear lights of all versions as well as at the front on passenger models. The blue theme extends to the e-NV200's badging. Inside, there's a smartly futuristic instrument panel with a digital read out. Digital information includes readouts for vehicle speed, state of charge and vehicle range, while a power meter shows the state of motor output/regeneration. The instrument panel is completed by a multi-function display that provides other time, distance and speed information. Sliding side doors on both sides ease entry. A five-seat variant is available but most buyers will want a version fitted out with a third seating row. Even with all three rows in place, there's 870-litres of load space. Fold the third row and that number grows to 2,110-litres; it's as much as 2,940-litres with both rear rows folded.

Prices for the e-NV200 Combi start at around £30,000 and run up to around £35,500. There's a choice of five or seven-seat models, the latter requiring a premium of around £750. The quoted list figures are after the £1,500 government Plug-in Car Grant towards purchase has been deducted. There are three trim levels - 'Visia', 'Acenta' and 'Evalia'. A rapid charger is optional. And you may want to pay extra for a 'Heat Pack' (heating for the front seats, mirrors and steering wheel). Avoid base trim and you can also add in navigation. Top 'Evalia' trim includes privacy glass, a 7-inch centre touchscreen, LED headlights and 15-inch alloy wheels.

Nissan reckons e-NV200 drivers who use their vehicles for four years and cover approaching 10,000 miles per year will benefit from £2,500 of fuel savings over running a directly comparable diesel model, with the vehicle costing 2 pence per mile, while maintenance costs will be reduced by £575 based on servicing, parts and wear and tear. In addition, those that opt for the e-NV200 will pay no road tax and will be exempt from the London Congestion Charge. The e-NV200's homologated WLTP driving range is 124 miles - or up to 187 miles on the WLTP city cycle. There are 3 ways to charge your Nissan e-NV200 Combi. Using a public rapid charger, you can charge from 20% to 80% in just 40-60 minutes. If you fast charge at home using a wall box, you can reach full charge in seven and a half hours. If you recharge using a domestic plug, it'll take a lengthy twenty one and a half hours.

The Nissan e-NV200 Combi is a vehicle that just seems to work on so many levels. Punching out a bunch of petrol fumes or diesel particulates on the school run doesn't seem the smartest thing to do and this electric MPV demonstrates without ambiguity that there is a better way. With no tailpipe emissions and a power delivery that's ideally suited to short-run stop and start driving, here's a People Carrier that says all the right things about ethical and responsible family transport. If you were to factor BiK taxation and factor congestion charges into the equation, the e-NV200 might look a no-brainer. Even if you're one of the lucky ones who doesn't have to endure the London grind, here's one MPV that seems perfectly attuned to modern living.