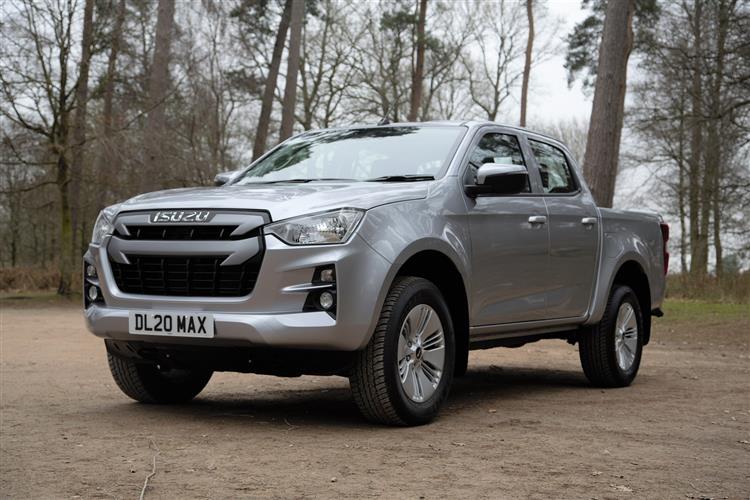 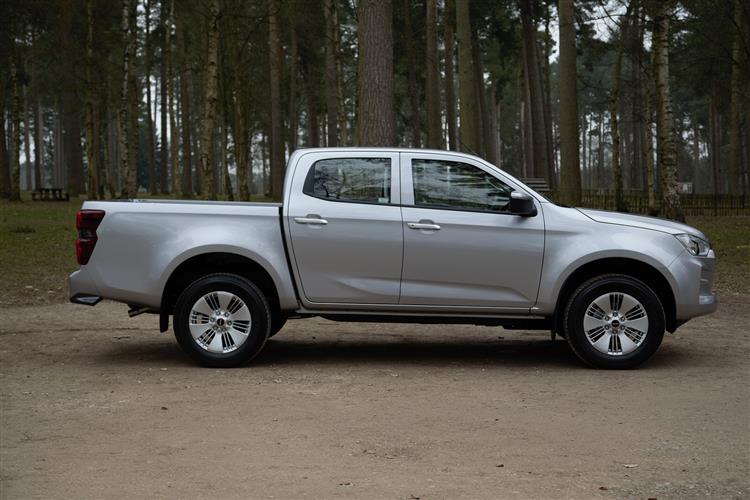 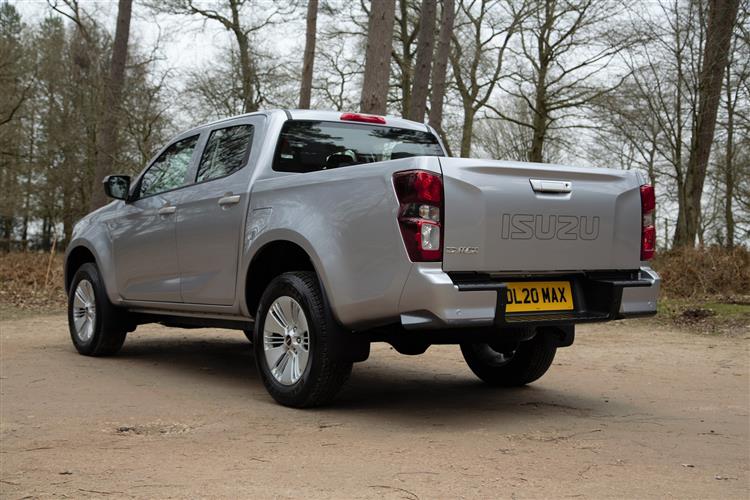 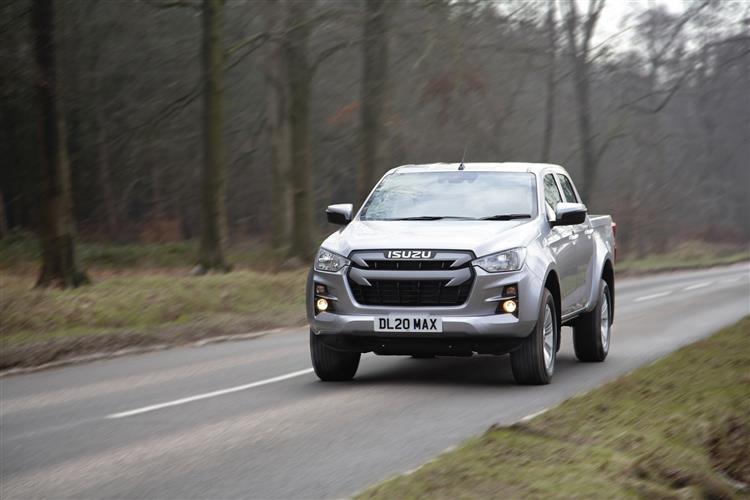 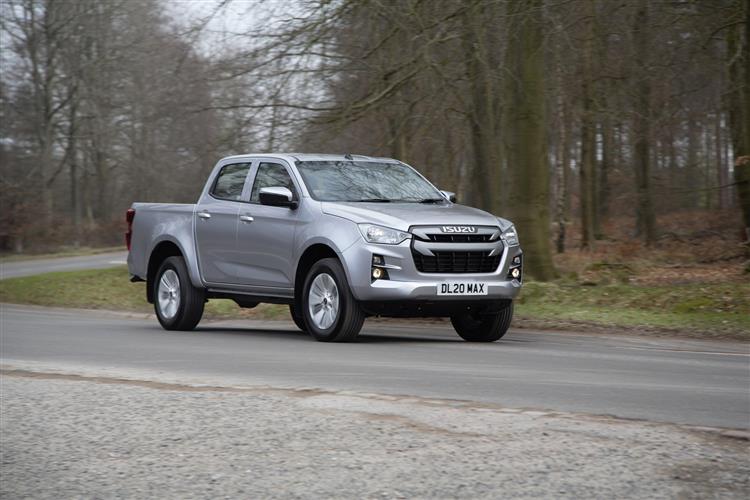 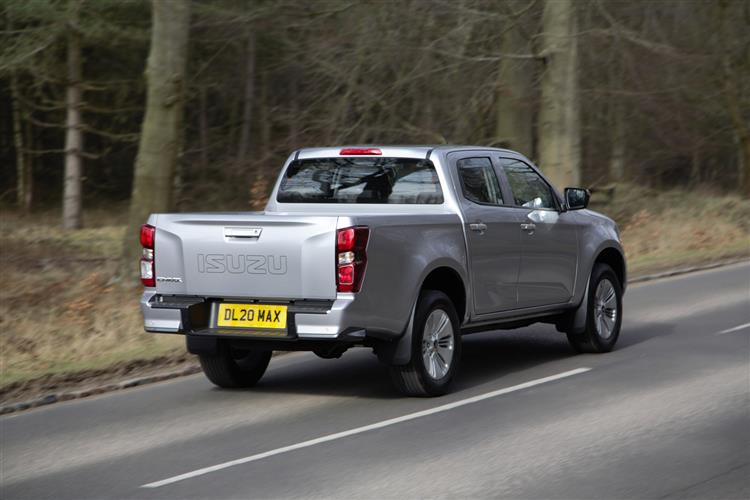 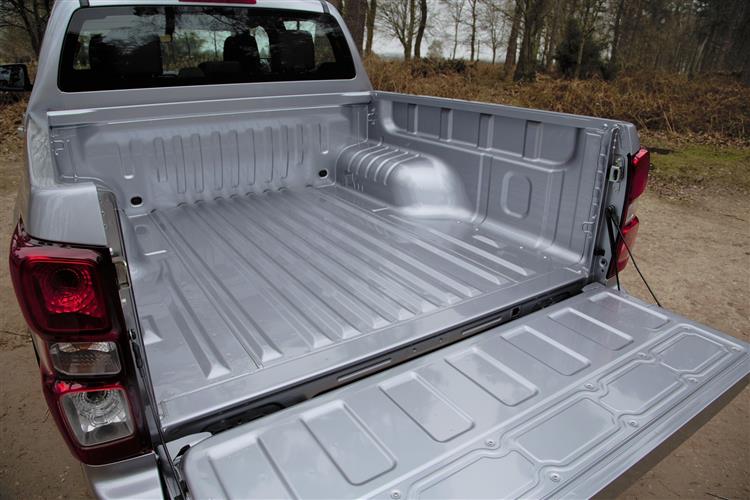 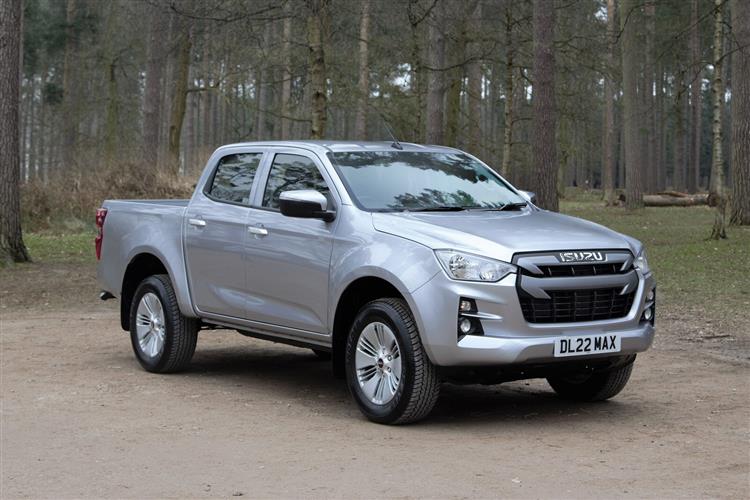 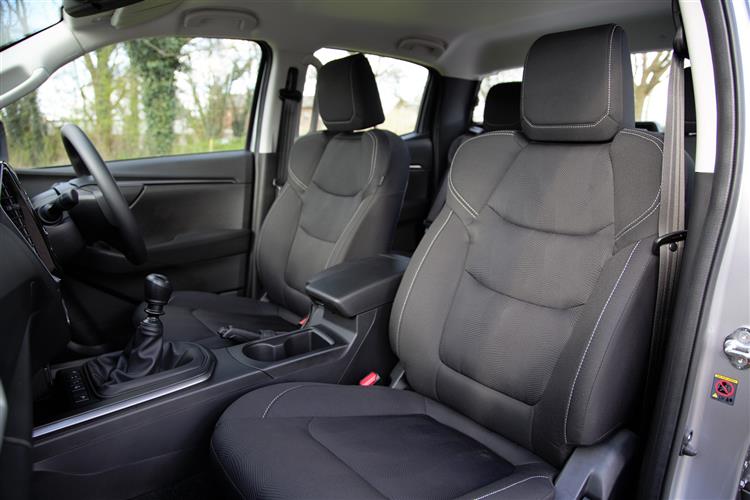 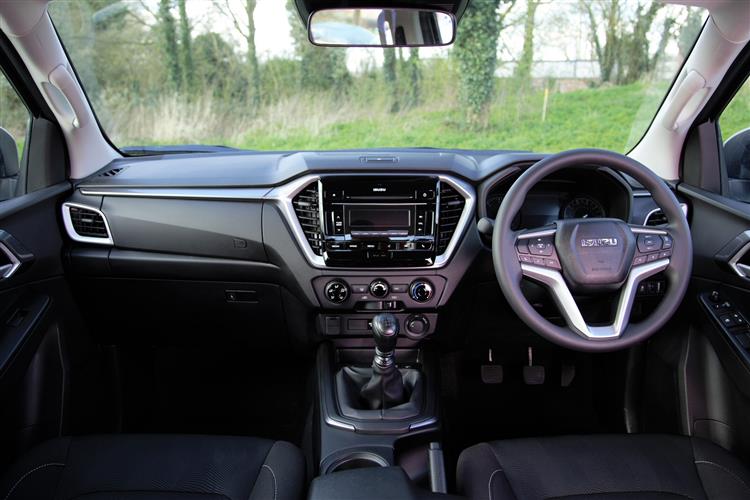 Mazda no longer sells a pick-up truck in the UK but that Japanese maker has had quite a hand in this one, the third generation version of the Isuzu D-Max. It's the first time these two brands have collaborated together and the partnership seems to make a lot of sense. Isuzu can deliver the rough, tough practical design that pick-up folk need; Mazda can imbue that product with the smarter, more car-like cabin and better tarmac drive dynamics that most of them want. It's taken some time for this model to appear in our market. It's been on sale in Thailand (where it's built) since October 2019. Loyal D-Max customers here though, should feel it's been worth the wait. And here, we're going to find out more.

As before, there's a 1.9-litre four cylinder diesel engine beneath the bonnet; European markets don't get the 3.0-litre powerplant sold in other markets. Still, the 1.9-litre unit's 148bhp and 360Nm of torque should be sufficient for most D-Max customers. As before, both manual and automatic transmissions are available, Isuzu having re-fettled both gearboxes to allow for smoother changes. There's a 6-speed stick shift or a new Rev Tronic 6-speed auto. Plenty of work's gone in to make this pick-up better off road than its predecessor. For really gnarly stuff, there's now a diff lock fitted to 'DL20', 'DL40' and top 'V-Cross' models, a feature absent from Isuzu pick-ups since the old Rodeo model finished production in 2012. Plus there's a shift-on-the-fly system, which makes it easier to shift between 2WD and 4WD. The tough ladder chassis has been strengthened thanks to larger rails and an extra panel has been added to provide more extensive underbody protection. In addition, the water fording depth has been increased to 800mm. The 3.5-tonne towing capacity remains the same as the previous model. On tarmac surfaces, Isuzu claims a big reduction in noise, vibration and harshness compared to the old second generation D-Max. The new speed-sensitive electronic power steering system will help here too, improving manoeuvrability and accuracy.

Likely D-Max customers should appreciate the way the styling of this current model has evolved, with its elevated design and sharp contours. The chunky, high-riding looks have been embellished with a more imposing front grille which features a pair of thick chrome bars across its width. This appendage is flanked by distinctive U-shaped LED headlamps - more sophisticated Bi-LED lamps feature on plusher models. At the rear, there's a fresh design for the vertical tail light clusters and an integrated step has been added into the bumper. Under the skin, the chassis is almost completely different from that of the old model and it's shed about 80kgs of weight thanks to a prop shaft fashioned from aluminium and higher tensile steel plates which together have enhanced rigidity by 20%. Inside, the Mazda influence on this third generation design is obvious with a much higher quality cabin featuring smart contrasts between the hard and soft materials used. The layered dashboard looks far more modern than that of the old car and, if you can avoid the two least expensive variants, it'll now incorporate a central infotainment touchscreen display incorporating 'Apple CarPlay' and 'Android Auto' smartphone-mirroring and voice control. This will be 7-inches in size on the mid-range 'DL40' variant - or 9-inches in size on the top 'V-Cross' derivative.

The emphasis here as usual will be on Double cab 4x4 model sales, but Isuzu has also designed this pick-up in 2WD form and with alternative single and extended cab body styles. There are four trim levels - 'Utility', 'DL20', 'DL40' and top 'V-Cross'. Like most pick-ups, this one sells mainly in the £21,000 to £32,000 bracket, but as before, you can expect it to undercut some of its segment competitors by up to several thousand once you take spec and equipment into account. All models get auto headlamps, air conditioning, cruise control, Bluetooth and a six-way adjustable driver's seat with lumbar support. If you can stretch to 'DL40'-spec, you can expect to find a reversing camera and a 7-inch central infotainment screen with 'Apple CarPlay' and 'Android Auto' smartphone-mirroring. At the top of the range, the top 'V-Cross' variant gets Gunmetal painted 8-inch alloy wheels, an auto-dimming rear view mirror and a 9-inch central infotainment touchscreen, your access point to an 8-speaker audio system. Safety has taken a big step forward with this MK3 model, thanks to a comprehensive 'ADAS' package that includes Autonomous Emergency Braking, Traffic Sign Recognition, Intelligent Speed Limiter and Lane Departure Warning & Prevention on every model. The D-Max is the only pickup in the UK to have a rear radar fitted as standard on all double cab variants and this enables even more ADAS functionality. All double cabs have three additional ADAS systems: Rear Cross Traffic Alert, Blind Spot Monitor and - for the first time in the pickup segment - Emergency Lane Keeping.

The load area hasn't changed much with this third generation D-Max. It remains exactly the same width as the previous MK2 design (1,530mm) but has become a little deeper (1,490mm). It's a little longer too (1,495mm), but still remains one of the shorter cargo bays in the segment. Payload is just over a tonne, as is typical in this segment. There are four tie-down points to stop loads from moving around, which is just as well as this vehicle doesn't offer a ladder rack behind the cab to protect the driver if all else fails and something really heavy slides forward. The good news is that Isuzu continues to offer one of the best warranties in the pick-up segment - a five year / 125,000 mile guarantee. Plus there's three years of roadside recovery and assistance, a three-year paint warranty and six years of anti-corrosion cover. Fuel economy is much improved, as are emissions. For the DL20 version we tried in 4x4 Double Cab form, the combined cycle fuel figure is 33.6mpg and the CO2 reading is 220g/km. And the diesel engine now cuts NOx with use of the AdBlue additive. What else? Residual values for the previous version of this model were strong, suggesting that after 3 years and 60,000 miles of use, your D-Max would still be worth around 40% of what you originally paid for it. We don't expect that showing to change much this time round.

You'll probably have preconceptions about the Isuzu D-Max. Possibly positive ones if you're a farmer or commercial user who needs something tough, rough and ready and have tried a D-Max in the past. By and large though, previous versions of this Isuzu have never had the polish - primarily in ritzy looks, cabin design and tarmac drive quality - to appeal to the broadest spectrum of the pick-up market. But this rejuvenated 'RG'-series D-Max just might. It's now got a good deal more pavement presence and though the interior and the paved surface drive dynamics still aren't quite on a par with its Ford Ranger or Toyota Hilux arch-rivals, the gap in these two areas has now closed considerably. To the point where you might really want this Isuzu, because it now has attributes its rivals simply can't match. Primarily, class-leading safety levels that set a new standard for the pick-up segment. This D-Max is also better off road than a Ranger and can ford deeper water than a Hilux. It's not quite as cheap as the other segment contender, SsangYong's Musso, but it's a much higher quality product that'll save you plenty over the prices Ford and Toyota want to charge.