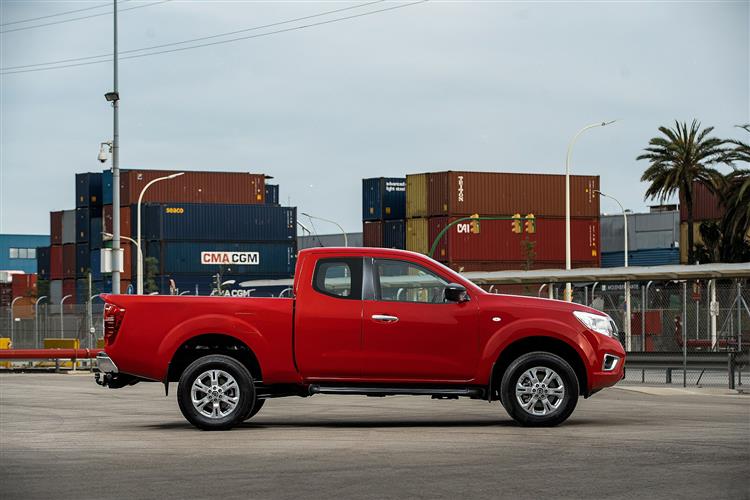 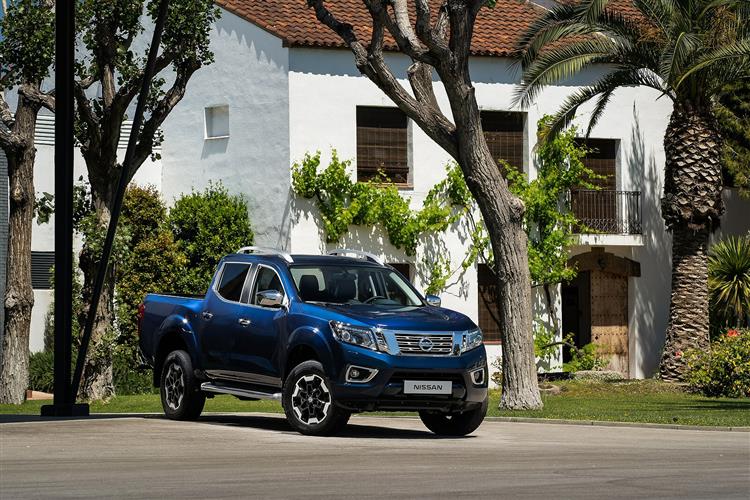 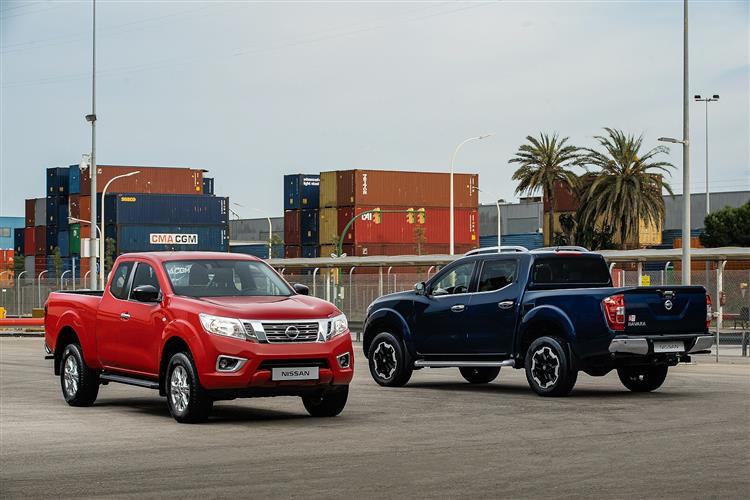 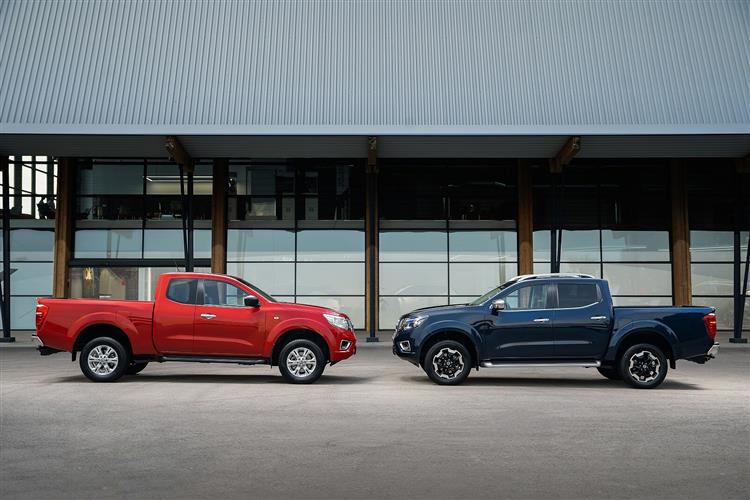 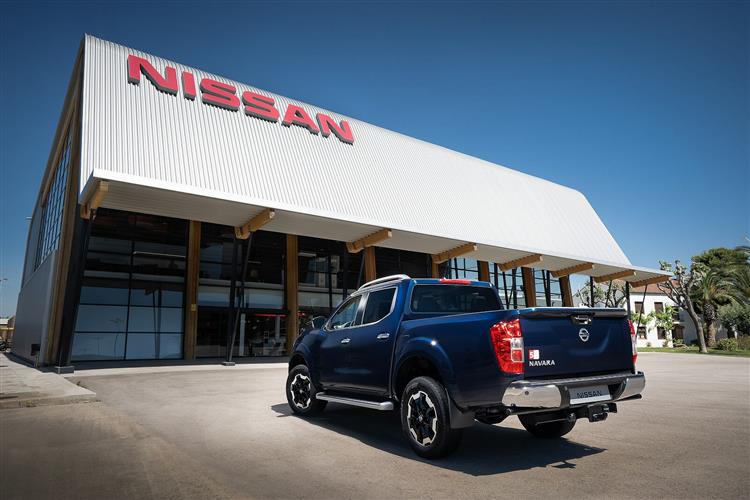 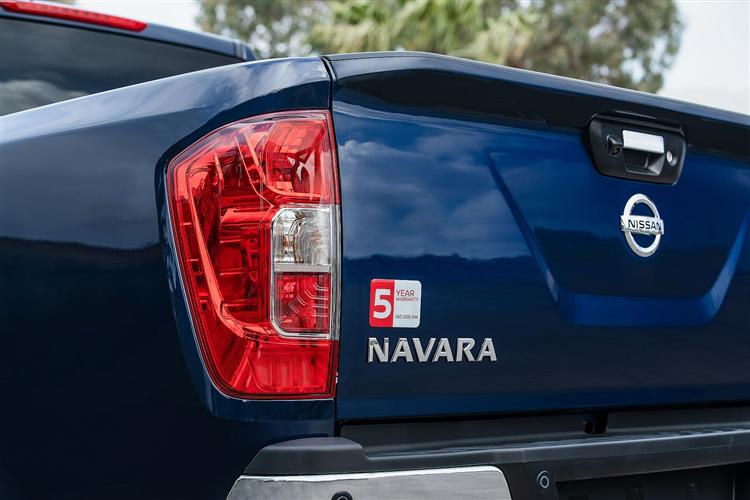 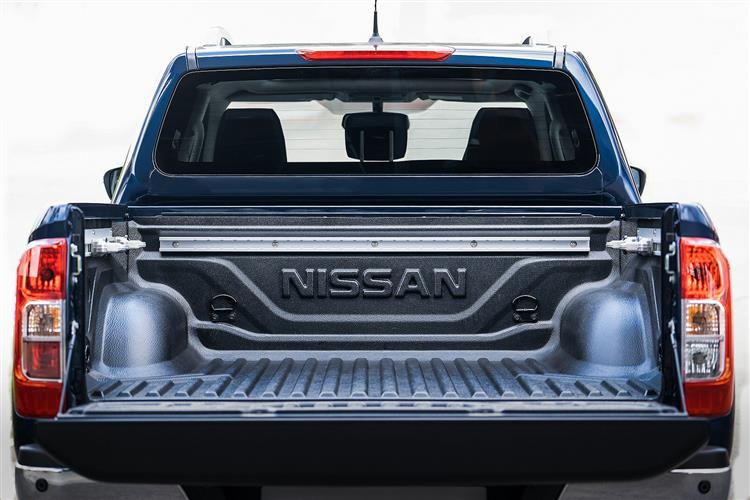 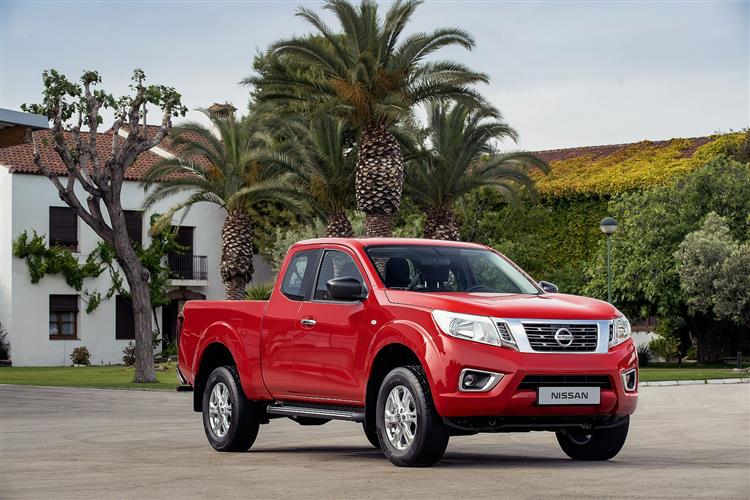 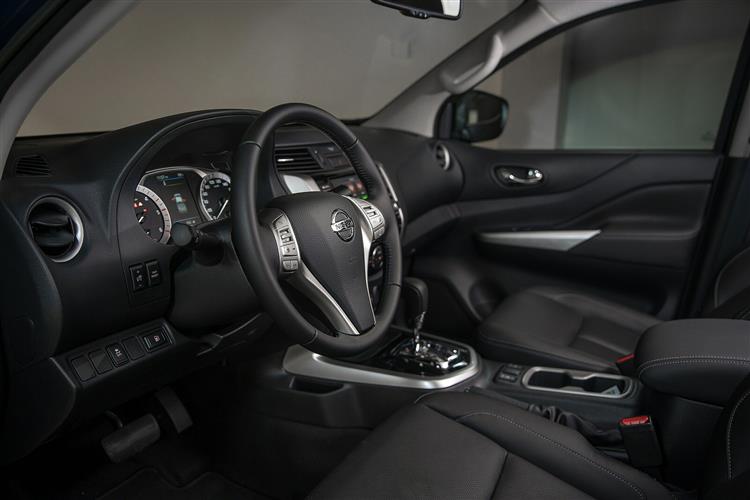 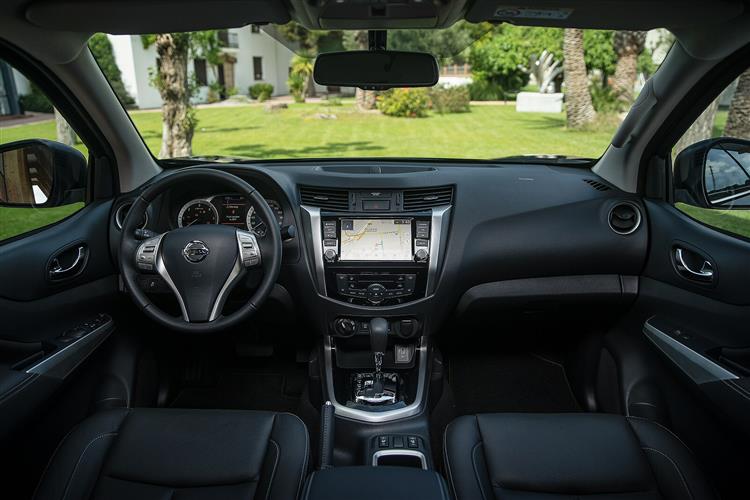 Nissan's 'D23'-series post-2015-era Navara was a different, more sophisticated form of pick-up. Clever rear suspension gave it more car-like handling, while the installation of a down-sized 2.3-litre dCi engine delivered greater efficiency. It was classier inside than its predecessor and just as tough and practical as the Navara always had been.

Back in 2005, Nissan changed the way we thought about pick-up trucks, introducing a 'D40'-series Navara model that set a new standard for driving dynamics in this segment. A decade on though, the opposition had caught up. Hence the need, in late 2015, for the Japanese brand to take another step forward with its 12th generation pick-up model, the 'D23'-series Navara. This was initially badged the 'NP300 Navara' and from the beginning, claimed to set itself apart from rivals with a properly car-like driving experience This was thanks to a clever five-link rear suspension set-up that could carry over a tonne, yet was supposed to deliver what the brand calls 'a Crossover-style driving experience'. It was a big step forward - so much so that Mercedes borrowed this technology for their pick-up model, the X-Class, sold between 2017 and 2020. The 'D23'-series Navara lasted a little longer than that design, but left the price lists in late 2021, a victim of tightening European emissions legislation.

The Navara has never been a shrinking violet in the styling stakes and in this 'D23'-series guise, it was as bold and brash as ever. There were two body styles on offer: the Double Cab, which almost all original buyers chpose. And the alternative 'King Cab' variants which feature occasional fold-out rear seats so that the load bed can be usefully extended by 213mm in length. In terms of styling evolution with this post-2015-era Navara, the major changes took place up-front. Here, a signature so-called 'V-motion' grille and boomerang-shaped LED daytime running lights provide distinctive Nissan design cues. From launch, Nissan said that the dashboard assembly had been redesigned from the ground up, but at first glance, much here appears to have been borrowed from the brand's X-TRAIL SUV from this period. Which is no bad thing given that the objective here was clearly to make the interior as car-like as possible. In the back in a Double Cab variant, six-foot passengers who don't mind their heads slightly brushing the roof lining will find themselves easily able to fit in behind six-foot front occupants. There's also the bonus of being able to flip up the seat bases to access two hidden storage compartments and create an extra area for transporting items you don't want to consign to the cargo bay. How practical will this Navara prove to be in day-today use? Once you get your stuff in the back, the cargo bed is usefully long, up to 1788mm in the King Cab model or up to 1578mm in the Double Cab variant, a segment-leading figure which is 67mm more than the previous generation model could offer. As for the weight of items you can carry, well payload capacities are slightly down compared with the previous version, but you'll still be able to carry well over a tonne in the Double Cab model - or as much as 1,203kg if you were to go for an entry-level 2WD 'King Cab' model. Bear in mind also that there's a generous maximum towing capacity of 3.5 tonnes across the Navara range, which is un-bettered in the class from this period. And when you are hauling something of that weight, you'll still be able to carry up to 800kg in the cargo bay, delivering a best-in-class total that betters the next nearest rival by a useful 200kgs.

Pricing as usual with used pick-ups, varies widely, depending on spec, condition and mileage. Our sales survey revealed post-2015-era L200 models priced from as low as around £16,000 (for a 2015 variant) to around £22,00 for a later model, though you can pay in the £30,000-£40,000 bracket for really well specified models. All quoted values are sourced through industry experts cap hpi. <a href="https://hpivaluations.com/">Click here for a free valuation.</a>

What to Look For

Quite a few Navara 'D23'-series models will have been seriously used off road - or for really heavy loads - so previously owned examples ought to be thoroughly checked. Have a look underneath and under the arches. By the time of the launch of this 'D23'-series generation model in 2015, most of the common issues with this model line had been ironed out but it's worth recapping on these, just in case the Navara you're looking at in this form is still plagued by any of these issues. We've come across issues with the transmission cooler. A small number of owners found that the radiators burst internally, the engine coolant than leaking into the automatic transmission (if fitted). That meant issues with reverse gear and need to strip back the transmission to sort the problem out. We've come across clutch issues as well - some owners think that the clutch is too small for such a big vehicle. And there have been occasional issues with the timing chain and the crankshaft, though if you're Navara has been looked after with regular maintenance, that shouldn't be an issue. On the test drive, listen out for any rattling sounds as these could mean that the bolts on the tensioner are coming loose. Otherwise, it's just the usual things; check the alloys and the load bay for undue scratching. And insist on a full service history.

With this post-2015-era Navara, Nissan addressed the fundamental reason why vehicles of this kind tend to lurch about as they do: namely the old fashioned leaf-sprung rear axles that, until the launch of this model, were deemed mandatory in this class if a proper one tonne payload was to be maintained. This Navara proved the possibility of another way, a decade of development delivering an new five-link rear suspension set-up: yes, just like the kind of thing you get on a Crossover or a small SUV. At speed through the bends, it doesn't respond quite like one of those but back in 2015, it certainly set a new standard for handling dynamics in the pick-up class, helped by surprisingly feelsome steering and a clever electronic limited slip differential that maximised cornering traction. The revised suspension system was used only on Double Cab variants. Lower-spec 'King Cab' derivatives continued with a developed version of the previous generation model's leaf-sprung set-up and were powered by a single turbo 160PS version of the 2.3-litre dCi diesel used right across the Navara line-up. In the Double Cab range, there was the option of a twin turbo 190PS version of this unit and original buyers could mate it with either manual or automatic transmission. As for efficiency, with the manual derivative, you're looking at 44.1mpg on the combined cycle and 169g/km of CO2 (NEDC figures from period). All Double Cabs and most King Cab models get 4WD, a system carried over from the previous model and offering both high and low range options for those times when a lack of traction means you want more than just drive to the rear wheels. It's a tough, capable set-up that gives this Navara prowess in the rough stuff.

In many ways, this Nissan was the game-changer we were promised. For its period, the handling was far better than anything we'd previously seen from any pick-up, even if it wasn't quite as car-like as the brand would at the time have had you believe. To be fair, there's only so much you can do with a commercial vehicle that has to be industrially capable and, faced with those constraints, you can only admire what the Japanese company achieved here. There are also other things we really like about this Navara model. Its autonomous braking system set a new standard for pick-up safety in this segment, plus plusher models got car-like technology that most rivals from this period struggled to match - things like LED headlamps, the Around View Monitor and 'NissanConnect' media connectivity. On top of that, the practical stats are hard to beat thanks to impressive payload and towing capabilities. Are there issues? Well not many. The 2.3-litre dCi engine ought certainly to be quieter and it could be a little more comfortable in the back - but then, these are issues that also afflict a number of other direct rivals. Ultimately, we think pick-up buyers seeking a truck from this period will primarily want this Nissan because of the way it drives. It's one of the few contenders from its period that you could really envisage owning as an only car for family as well as business use.